Going into more details, the AMD Radeon RX 6900XT offers an average of 61fps in Borderlands 3. It also pushes 88fps and 73fps in Call of Duty: Modern Warfare and Gears 5, respectively.

Now, these numbers are somehow close to the NVIDIA GeForce RTX3080. For instance, the RTX3080 can push 62-65fps in Borderlands 3 in 4K/Max settings. On the other hand, NVIDIA’s GPU can push 76fps in Gears 5 in 4K/Ultra.

So, while the AMD Radeon RX 6900XT appears to be a bit slower than the RTX3080, it will at least provide a healthy competition between these two companies.

AMD will officially reveal its Big Navi GPUs on October 28th, so stay tuned for more! 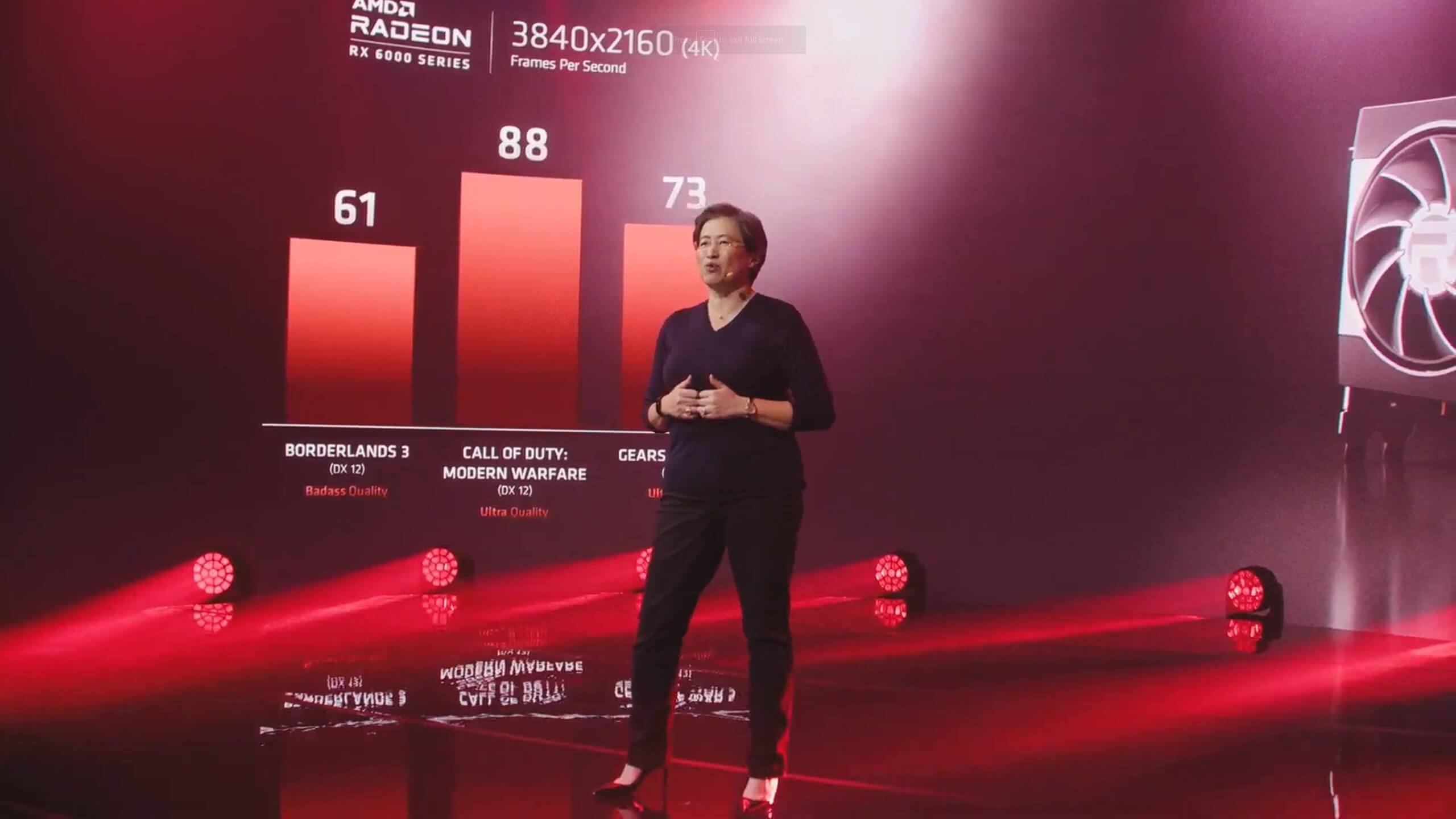