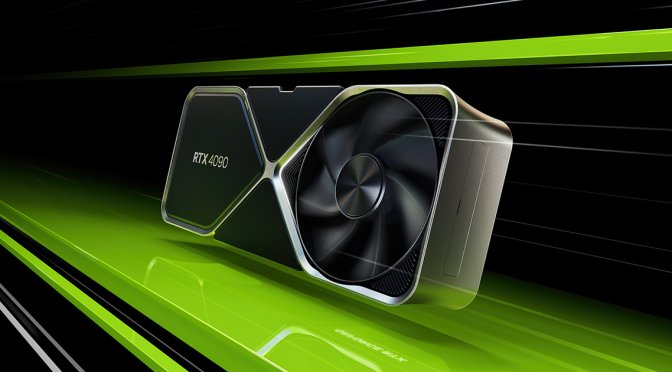 NVIDIA has shared the first 8K gaming benchmarks for its upcoming GPU, the NVIDIA GeForce RTX 4090. NVIDIA claims that this GPU will be able to hit more than 60fps in a variety of games in 8K when using DLSS 3.

Going into more details, NVIDIA states that the RTX 4090 can run Fortnite Ray Tracing with an average of 82fps in 8K with DLSS 3. As we’ve reported, Forza Horizon 5 will most likely support DLSS, and can run with 94fps.

As NVIDIA specifically states, DLSS Resolution was set to its highest performance mode and DLSS Frame Generator was used when applicable. 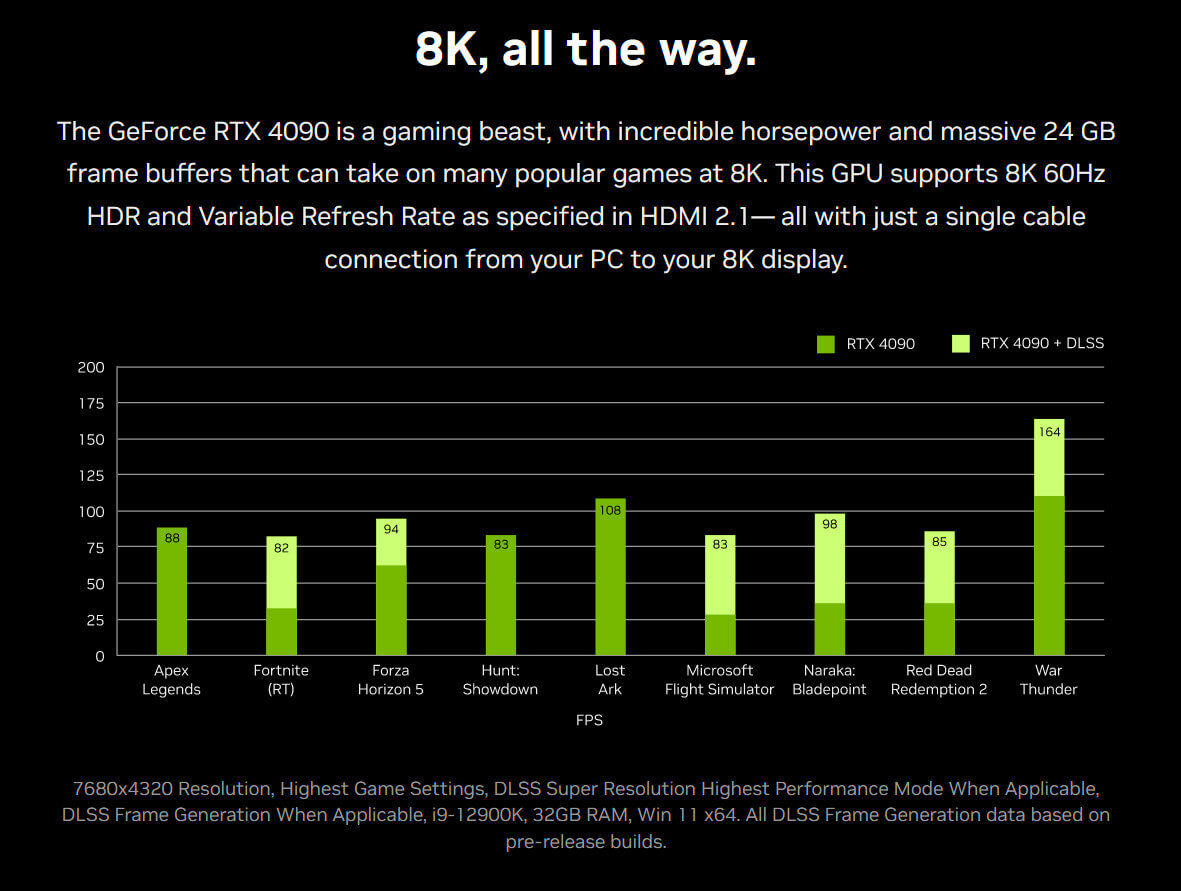 What’s also crazy here is the performance boost in Microsoft Flight Simulator. In 8K with DLSS 3, the NVIDIA RTX 4090 can run this game with 83fps. Similarly, Red Dead Redemption 2 can run with 85fps.

The NVIDIA GeForce RTX 4090 can also run some games in native 8K with more than 60fps. For instance, NVIDIA claims that this GPU can run smoothly Apex Legends, Lost Ark and Hunt: Showdown in native 8K. According to the graphs, War Thunder can also run with 100fps in native 8K.

NVIDIA will release the RTX 4090 on October 12th. For those wondering, we’ve prepared 30 games so that we can benchmark this new GPU. We’ll have both rasterized and Ray Tracing benchmarks, and we’ll compare it against the RTX 2080Ti and the RTX 3080.