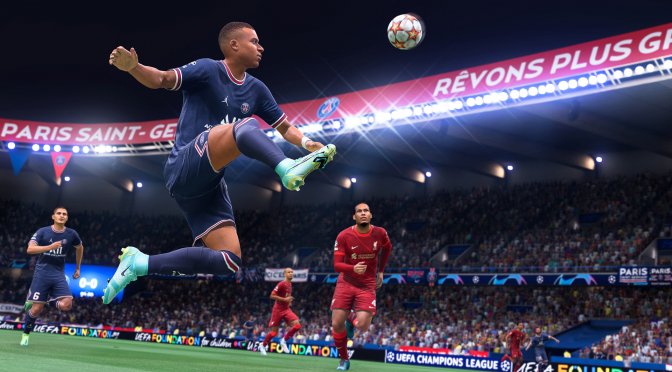 Well, you gotta love EA. Following FIFA 21 and Madden 22, EA Sports decided to bring to the PC the old-gen version of the next part in its FIFA series, FIFA 22. However, the Stadia version of the game, which most PC gamers can access via streaming, will be based on the next-gen build.

To be honest, we weren’t really surprised by this. I mean, we’ve seen the very same thing in the past. So yeah, it will take a few years until EA brings the next-gen versions of its sports titles to the PC.

Back in the PS4/Xbox One days, EA was claiming that it wasn’t easy to port the next-gen version of FIFA to PC. This, however, changed when its sports titles started using the Frostbite Engine.

The truth, however, is that the PC platform is an afterthought for EA Sports. That, and the fact that the publisher targets a wider audience on PC. Thus, and in order to keep the PC requirements relatively low, EA will keep releasing its old-gen versions on PC.

Needless to say that this is an awful decision. I mean, both FIFA 21 and FIFA 22 on PC are basically a re-skin of FIFA 20. Yes, there are some slight gameplay tweaks here and there but do these tweaks justify a $60 price tag?

Unfortunately, and while we heavily criticize EA’s decision, it all comes down to PC gamers themselves. If PC gamers bought and support FIFA 21 (and FIFA 22 PC), then we really deserve to be treated as second-class citizens. As simple as that.

Oh, and in case you’re wondering, we won’t have a PC Performance Analysis for either Madden 22 or FIFA 22.