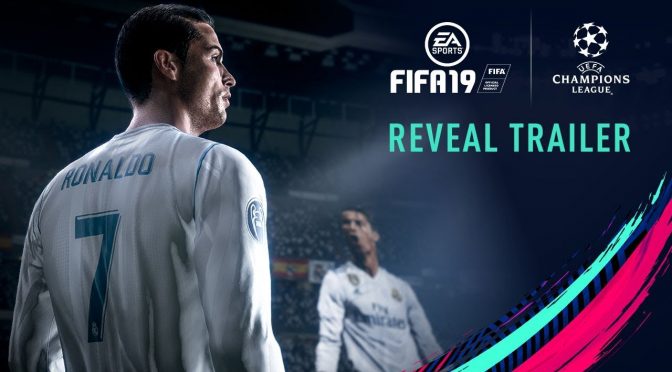 EA Sports has officially announced that FIFA 19 will launch worldwide on September 28th. Players will experience the world’s most prestigious club competition in FIFA 19 with the addition of the UEFA Champions League, and the publisher has released the game’s reveal trailer that you can watch below.

New features promise to allow players to control the pitch in every moment, from tactical approach to each technical touch, including the all-new Active Touch System that changes the way players receive and strike the ball, 50/50 Battles where reactions and player attributes determine the outcome for winning loose balls across the pitch, the new Dynamic Tactics system gives players greater ability to setup their squads and customize their tactical approach, and more.