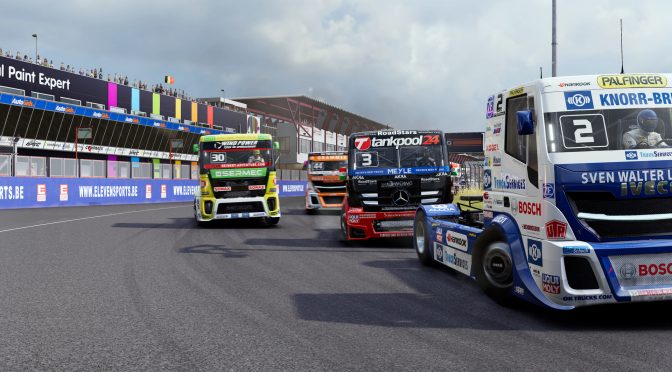 Bigben and N-Racing announced today that FIA European Truck Racing Championship, the official racing simulation of the ETRC developed by KT Engine, will be available on July 18th. In order to celebrate this announcement, the publisher has also released a new gameplay trailer that you can find below.

As the press release reads, in FIA European Truck Racing Championship, the simulation pushes the limits of what’s possible, and everything has been designed to guarantee players all the thrills of racing in these spectacular races. With dynamic weather, different physics and inertia for each vehicle, and manual management of brakes and water cooling, everything has been included to ensure players experience the ultimate challenge.

In FIA European Truck Racing Championship, players can take the wheel of 45 official trucks from top manufacturers, including Volvo, MAN, Freightliner, Western Star and many others! They can test their driving skills on all 8 faithfully recreated circuits of the ETRC, as well as on iconic circuits such as Laguna Seca, the COTA and Fuji Speedway. All 20 teams and championship drivers are also included in the game.