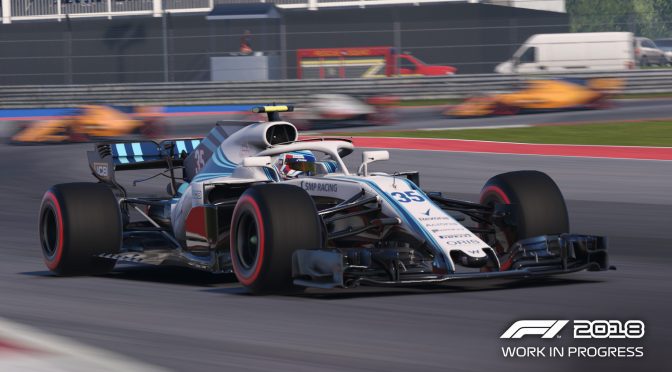 Codemasters and Humble Bundle are currently offering F1 2018 for free. For the next three days, you can visit Humble Bundle and acquire your free copy. Do note, however, that this is a limited offer and will end when Humble Bundle’s supplies end.

F1 2018 features all the official teams, the drivers and all 21 circuits of the thrilling 2018 season, including the introduction of Circuit Paul Ricard and the return of the Hockenheimring. The game challenges you to Make Headlines in the most complete Career Mode ever seen in the franchise including press interviews, extensive research and development options and significant end of season rule changes. F1 2018 also features 20 classic F1 cars, the most in the franchise’s history.

F1 2018 was the first part of the series that received support for the DX12 API. Compared to DX11, DX12 improved the minimum framerate on AMD’s hardware. On the other hand, though, NVIDIA’s hardware performed similarly in both DX11 and DX12.

F1 2018 is using the EGO Engine 4.0 and was one of our most optimized PC games of 2018. You can also find our PC Performance Analysis article here.