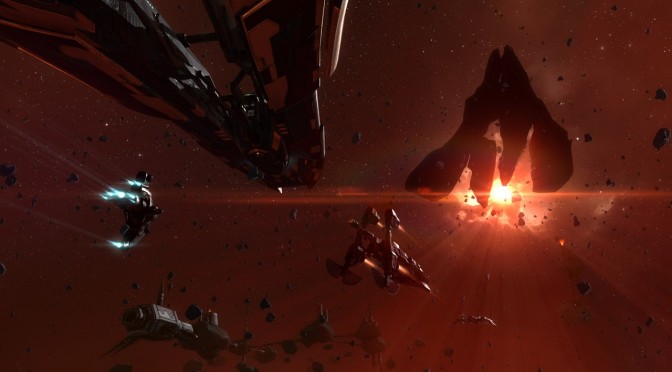 CCP Games has released the Proteus update for EVE Online. According to its release notes, this update rebalances recon ships, adds 10 more groups of modules, brings even more features and improved visualization to the game’s beta star map, and improves the asteroid field effects. This update will be auto-downloaded and you can view below its key release notes.

Rebalanced Recon Ships. An entire class of ships has gone back to the design table with a notable change being immunity to detection by Directional Scanners for Combat Recons, making them incredibly deadly ambushers
Asteroid field effects bring pulverized rocks, dust particles, light rays and other atmospheric beautifications to the raw materials that help build the EVE universe
High end exploration sites offer hazards, traps and lucrative rewards for veteran explorers
10 more groups of modules are streamlined and simplified to maintain the sophistication of EVE without overdone complexity
The glorious beta star map gains even more features and improved visualization
A redesigned Gallente Exequror hull graces the previously humble logistics ship
New player mining locations ensure that there will always be a fresh store of Veldspar for those venturing into the first few days in EVE