Epic Games has announced that it will be launching a new digital store, aiming to rival Valve’s Steam, GOG and Microsoft’s Windows Store. Contrary to other stores, Epic Games promises to give developers 88% of the revenues while keeping 12% for overhead. For comparison purposes, Steam keeps 30% so we are looking at a really big difference here.

“As a developer ourselves, we have always wanted a platform with great economics that connects us directly with our players. Thanks to the success of Fortnite, we now have this and are ready to share it with other developers.”

What’s also interesting here is that if a developer’s game uses Unreal Engine 4, all the copies sold on Epic’s digital store won’t give a separate percentage to Epic. Obviously, this will benefit all the developers that are currently using Unreal Engine 4 in order to create their games and Epic shared the following image in order to give us an idea of what it will be charging. 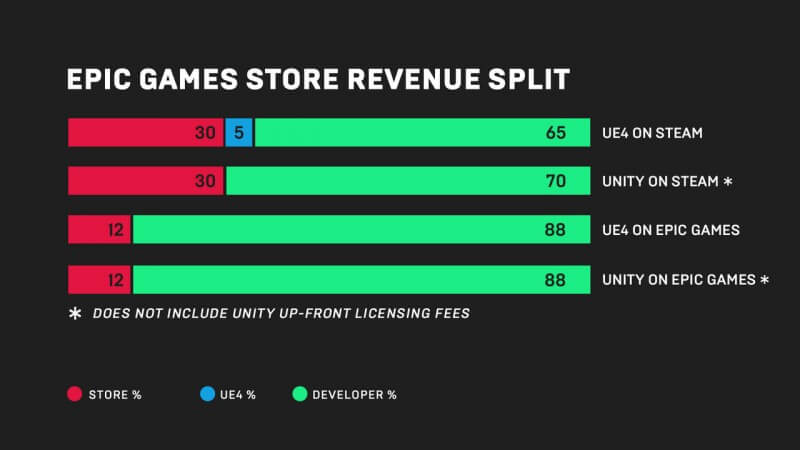 Epic’s Game Store will be launching later this month and the store will be accessible both through Epic Games launcher and on the web.

Last but not least, Epic confirmed that its own games will be exclusive to the Epic Games Store on PC and Mac, and it will sometimes fund developers to release games exclusively through the store!