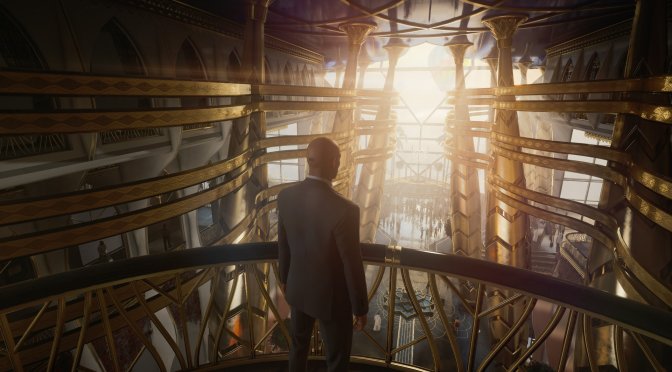 Back in August 2020, IO Interactive announced that Hitman 3 will be timed-exclusive on the Epic Games Store, and that Hitman 3 will act as a platform for the entire trilogy, allowing players to import locations their progression and unlocks that they own from previous HITMAN games.

Back then IO Interactive stated that it wanted to “make it a seamless process for our PC players to enjoy Hitman 3 on a different PC platform and continue to enjoy the benefits of our World of Assassination”. But sadly this may not be the case anymore.

According to a recent blog post on IO Interactive’s website, you won’t be able to carry the progress over to EGS if you own the game on Steam. If you want to replay/start any of the Hitman 2 levels in the upcoming Hitman 3 title, you will have to buy the Hitman 3 Access Pass.

So basically, Steam owners of Hitman 1 and 2 can’t import the levels, and they will have to again buy the game via Epic Games Store in order to import them, which is indeed very frustrating for long time HITMAN players.

This is because Hitman 2 was never released on the Epic Games Store, so you have to buy this game again. Though, IO interactive plans to offer an 80% discount on the Hitman 3 Access Pass that will be running for 14 days after the game is released on January 20 2021.

This move is going to frustrate a lot of Hitman fans, and right now it’s a mess for players playing on the PC.

“We’ve done everything possible to make this process smooth and player-friendly.

However, due to various circumstances out of our control, we want to acknowledge that the process is different to our initial plans for PC players. We also want to share some of the initiatives we’ve set-up to make sure that PC players the chance to keep enjoying the benefits of the World of Assassination.”

The progression will carry over as expected but it can only be done through a web browser and a separate website when it goes live, before Hitman 3 releases. It’s not possible to do it in-game.

“After completing the carryover process, Hitman 2 players will be able to start Hitman 3 with their existing player profile, XP rank, location mastery levels, location mastery unlocks, challenge progress, challenge unlocks and Elusive Target suits/unlocks,” the blog reads. “All of those things are what we call ‘progression’. It’s not possible to pick and choose elements to carryover. It’s all or nothing.”

“The carryover process requires an IOI Account and can only be done through a web browser; it’s not possible to do it in-game. We will have the website ready to go before launch, but it is not live yet. Once it is ready, we will share the news via ioi.dk and update this post. “

However, it appears that Tim Sweeney has just responded on Twitter regarding this move from IO interactive, and according to him the team is looking into working this with IO.  So there is still a ray of hope for STEAM users. 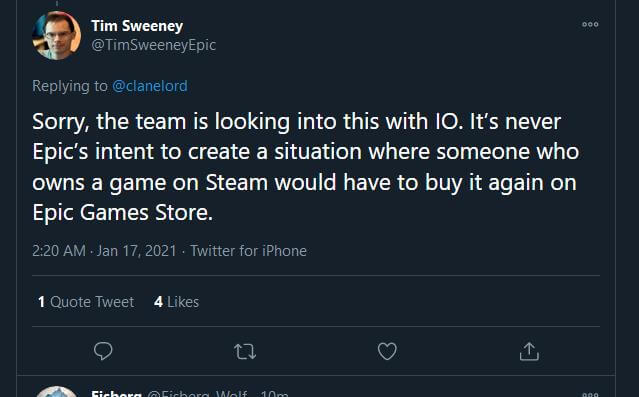 Hitman 3 is the dramatic conclusion to the World of Assassination trilogy, taking players around the world on a globetrotting adventure to sprawling sandbox locations, with Agent 47 returning for the most important contracts of his career. The game will be using the Glacier Engine.

Hitman 3 is coming to the PC in January 2021, and will be timed-exclusive on Epic Games Store. IO Interactive will also implement Ray Tracing effects to the game in 2021. Lastly, here are its full PC system requirements.