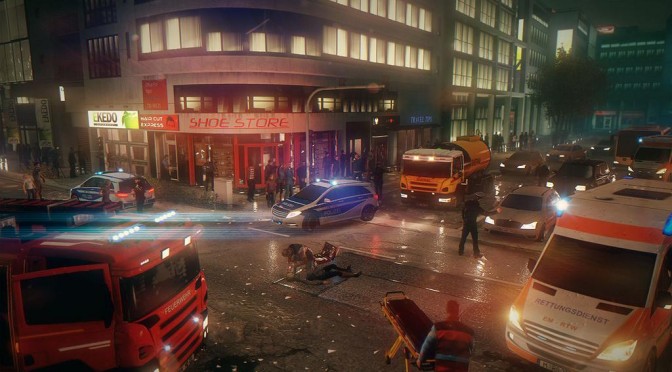 Deep Silver has announced the newest installment in its cult rescue strategy series, EMERGENCY 5. Developed by German based studio Sixteen Tons Entertainment, EMERGENCY 5 is scheduled for release in October 2014 on PC as a Standard and a Deluxe version.

In addition, attendees of Gamescom will be among the first to play EMERGENCY 5 on Deep Silvers’ consumer booth in Hall 9.1., B11/C10.

“With a huge pool of vehicles and emergency services to deploy, the player has the responsibility of ensuring that all of their resources are in the right place at the right time using their own strategies to end the chaos. In co-op mode, up to 4 players can team up to solve special multiplayer events. With the improved editor, players can edit and create their own content and share it with the fan community.”

-Hundreds of hours playing time with challenging large scale operations. Constantly changing missions and catastrophes create new and surprising situations.
-3 accurately detailed maps of Berlin, Hamburg and Munich. The Deluxe version features a fourth map with the city of Cologne.
-More than 20 ground and air vehicles of police, fire, rescue and technical action forces are ready for their assignment.
-In Multiplayer mode, up to 4 players can join their forces on free-play maps with special multiplayer events.
-A newly developed engine delivers the best EMERGENCY graphics of all time.
-With its completely upgraded control system, EMERGENCY 5 is intuitive for all players. Interactive tutorials ensure that even new players can pick up and play.
-In the powerful editor, up to 2 players can create their own maps and even work together on the same project.

Kudos to our reader Sikandar Ali and HardcoreGamer for spotting it!