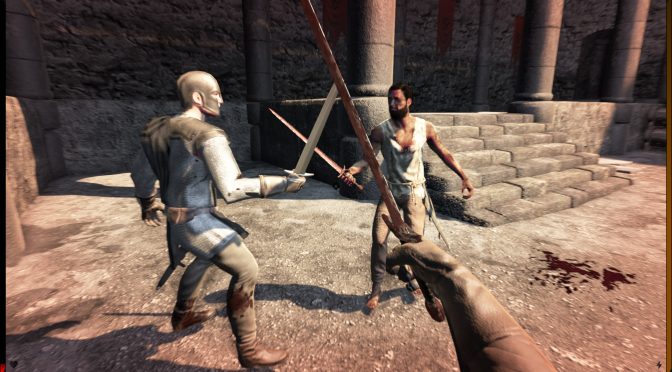 Indie developer Oscar Sanz has released on Steam a realistic swordfighting action roguelite that is set in a medieval setting, Elium – Prison Escape. In Elium – Prison Escape, you take the role of a war prisoner who tries to free himself from imprisonment by all means.

Elium – Prison Escape combines hand-crafted and procedurally generated elements ensuring proper placement and gameplay as well as great variety. Players can fight with a sword, equip a shield, use their fists or even resort to fight with objects around them to get through the deadly mazes in this game. To make things even more challenging, players can free other prisoners who will join forces with them.

“You may think that Elium – Prison Escape is about fighting only, but it’s not. You can also take your enemies from the shadows or use distractions to subtly sneak past the prison guards.”

Players can engage in first and third person view with shooter-like controls, in a challenging and unforgiving prison environment as they dive into a dance of swings and parries, counterattacks, feints and dodges. Players can use footwork to manage a proper distance and positioning, and manage their Stamina to avoid exhaustion.