Now here is something interesting. As you may already know, Back To Karkand (and all upcoming DLCs for Battlefield 3) was included in Battlefield Premium. This expansion pack was under the Bonus content category, however, the expansion is nowhere to be found after the latest update of Battlelog. Unfortunately we weren’t quick enough to notice it, but thankfully, Guru3D’s member ‘iako’ has captured some screenshots from Battlelog before and after its update.

Our guess is that DICE has removed this expansion pack from its list in order to avoid compares between that Bonus Conent and the August offerings that was announced couple of days ago.

According to DICE, Battlefield Premium owners can look forward to an exclusive Armored Kill Gameplay Video, an exclusive artwork booklet, a premium DoubleXP weekend and a premium event (in which they can submit their level idea and have it judged by the creators of Battlefield 3).

As you may have guessed, August’s Premium Bonus Content is the artwork booklet. Therefore, it makes sense – from a business point of view) to remove Back To Karkand from the July Bonus Content. After all, fans will bash you if they compare your previous bonus content with the current one, right?

Here are the comparison screenshots of Battlelog. Naturally, this does not mean that those who purchase Battlefield Premium won’t get Back To Karkand (or the other DLCs that were announced for it). 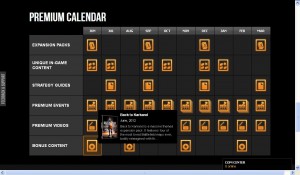 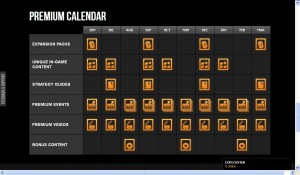