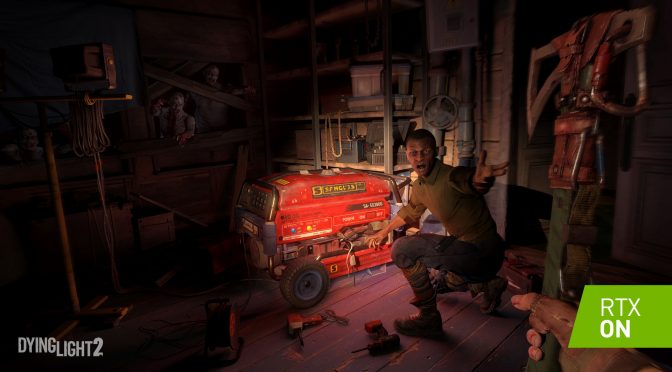 Well, we all saw that coming. Back in June 2018, Techland claimed that it was experimenting with real-time ray tracing. And today, NVIDIA revealed that this highly anticipated game will support RTX. Moreover, the green team shared the first comparison screenshot that you can find below.

NVIDIA and Techland did not reveal what details will be improved via real-time ray tracing. However, the comparison screenshot gives us a glimpse at better shadows and lighting. Thus, I’m certain that Techland will use RTX in order to improve both the game’s lighting and shadows.

Techland will showcase an extended gameplay video for Dying Light 2 on August 26th. However, I don’t believe that this upcoming gameplay footage will feature any ray tracing effects.

Dying Light 2 will be using the C-Engine, a new generation of Techland’s in-house technology dedicated to open-world action-adventure and action-RPG games.