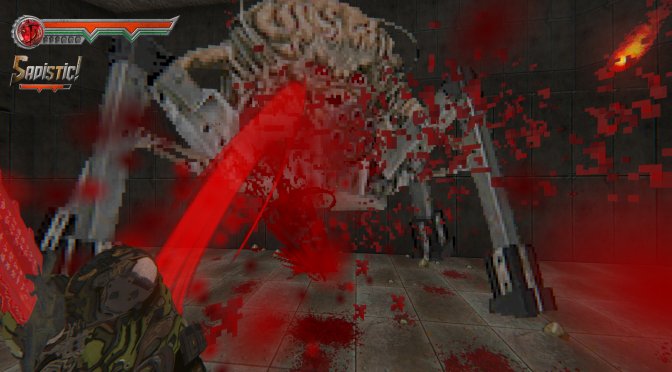 In case you weren’t aware of, Doom: Eternal Slayer adds a completly 3D player model with cool animations to hack n’ slash the monsters in many ways. Basically, it turns classic Doom into a third-person action/hack n slash game.

According to the modder, Version 0.3a adds pistol and super shotgun. Moreover, it brings better textures for the player model.

The final version of Doom Eternal Slayer will contain 3 melee weapons and the the original weapons from Doom II. Moreover, it will contain an exclusive boss fight with the Marauder and the Icon of Sin.

You can download Doom: Eternal Slayer Version 0.3a from here. Below you can also find its latest gameplay video.