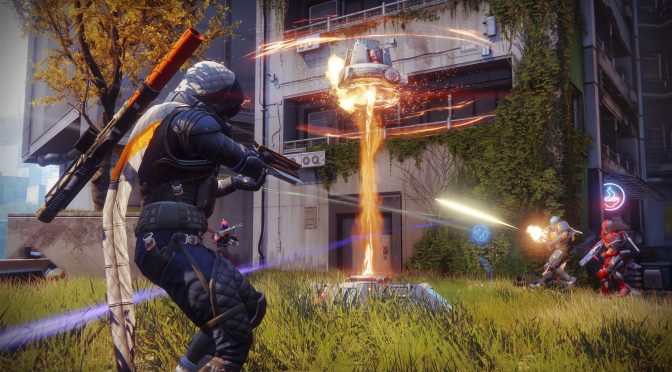 A lot of players were disappointed when Bungie’s PC lead David Shaw revealed that Destiny 2 would not be using dedicated servers on both consoles and PC. However, it appears that the game will not rely solely on a peer-to-peer network solution. According to Bungie, Destiny 2 will be using a hybrid of client-server and peer-to-peer technology.

As Bungie pointed out, every activity in Destiny 2 is hosted by one of its servers, meaning that players will never suffer a host migration during their Raid attempt or Trials match. Contrary to Destiny 1, in Destiny 2 both the Mission Host and Physics Host will run in Bungie’s data centers.

Not only that, but Destiny 2 will take advantage of the cloud. As Bungie noted, Destiny 2 will feature a new server infrastructure, including using cloud servers for gameplay for the first time.

Destiny 2 will use a hybrid of client-server and peer-to-peer technology, just like Destiny 1. The server is authoritative over how the game progresses, and each player is authoritative over their own movement and abilities. According to Bungie, this allows it to give players the feeling of immediacy in all their moving and shooting.

But what about the PC version? Bungie claimed that it has a ‘variety of top-secret strategies.’

“The PC platform poses unique security challenges for Destiny 2, but our security Ninjas have spent several years building a plan for how to engage with this new and vibrant community. We have a variety of top-secret strategies to ensure that the life of a cheater in Destiny 2 PC will be nasty, brutish, and short. And, regardless of what platform you play on, all changes to your persistent character are communicated directly to our secure data center with no peer-to-peer interference.”