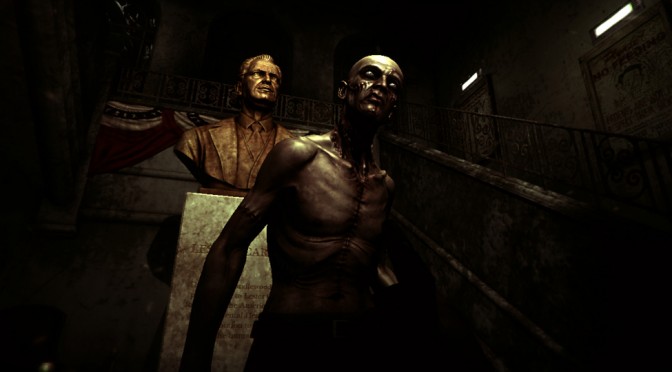 Rosebud Games announced today the launch of a Kickstarter campaign for its upcoming open-world psychological FPS, Death in Candlewood. Rosebud is a new studio made up of award-winners from the teams who worked on Silent Hill, F.E.A.R. and The Witcher and also consulted with designers from BioShock, and this is its debut title.

Death In Candlewood is an open-world psychological FPS heavily influenced by the gothic fiction of Edgar Allan Poe and classic horror films.

“Death In Candlewood combines inventive gameplay with romantic storytelling and sets it all in a gorgeously realised world. A brutal, beautiful shooter.”

The game plunges its player into the darkest corners of 1940s America and spans a single night in the life of Ray Dune, a doctor whose relationship with reclusive psychiatrist Lester Caravan has reached a deadly crisis point.  When his vulnerable adopted son Rizzo mysteriously disappears, Dune is forced to act.  Navigating the dark paths of Candlewood Mountains and a terrifying onslaught of inhuman assailants, Dune sets out on a desperate bid to save himself and his son from the bloody machinations of a madman.