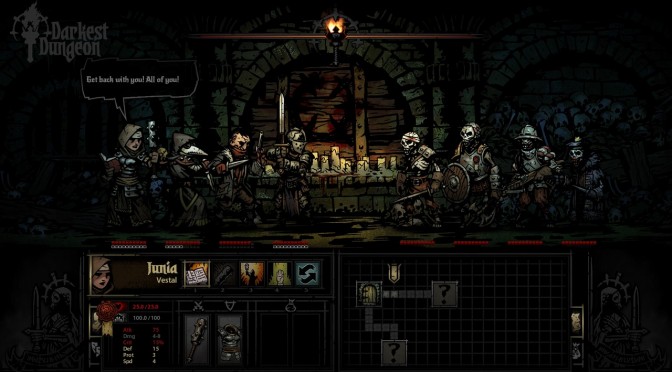 Darkest Dungeon 2 was first unveiled back in early 2019, and now the developers at Red Hook revealed today that it will enter early access on the Epic Games Store in 2021, although no specific date has been given. The developer has also teased a trailer for the sequel to this Lovecraftian dungeon-crawler called ‘A Glimmer of Hope’.

“It’s time to face the failures of the past,” Red Hook Studios wrote in the YouTube description. “Lash your gear to the stagecoach, fix your eyes on the horizon, and prepare to roll into Early Access on the Epic Games Store in 2021!”

“The eagerly awaited follow-up to Red Hook’s smash hit gothic horror RPG!”, reads the game’s description on the Epic Games Store. “DDII will test your mettle and drive you to the brink of madness. Armor yourself with purpose and provision your party for the journey ahead. It will be arduous.”

Darkest Dungeon 2 is described as a roguelike, strategy, and RPG game. From the above Youtube Video we can see that the character models in the trailer seem to be in 3D rather than the 2D characters featured in the first game i.e. Darkest Dungeon, suggesting some graphical and visual overhauls done by the studio.

Red Hook Studios have stated that both the gameplay and visuals will see a significant uplift as compared to the original Darkest Dungeon. There is also set to be a focus on enduring a gruelling journey, rather than just cleaning up your backyard. The original game is known for its punishing difficulty and places an emphasis on the perma-death system, and we expect the same from this sequel as well.

According to the Game developers, Darkest Dungeon II is a loving interpretation of the game’s signature style in 3d, with hand-drawn textures! Thanks to this change, they have been able to bring more life to the characters and amp up the fx, while preserving the classic DD combat presentation. The teaser uses in-game character models and is rendered right out of Unity!

The basic configuration of 4 heroes /4 monsters and two trinkets per hero is still true. But they are doing some significant changes to the base mechanics, stats, and so on. The developers feel that the combat was a success in DD1 and are now building upon that foundation.

“Lash your gear to the stagecoach, fix your eyes on the horizon, and prepare to roll into Early Access in 2021!

Darkest Dungeon II is about hope, grit and determination.  It reminds us that in times of crisis, we can’t wait for salvation, we have to find it ourselves – earn it, in spite of our weaknesses.

Our familiar companions band together for another journey into oblivion – this time in stylized 3d!  In fact, this teaser was captured straight out of Unity, and uses the in-game character models and rendering techniques from the game itself.  With a refined combat system and a whole new metagame, Darkest Dungeon II is packed with fresh monsters, bosses, and challenges.

The team at Red Hook is driving hard to the launch date, and we’ll be updating you with more details in the months to come.  Follow our social media channels and the Epic Games Store Page to stay up to date.”