CD Projekt RED has just announced that the upcoming Patch 1.2 for Cyberpunk 2077 has been delayed. According to the team, the recent cyber attack is the main reason behind this delay. As such, CDPR now plans to release this next update for CP2077 in late March 2021. 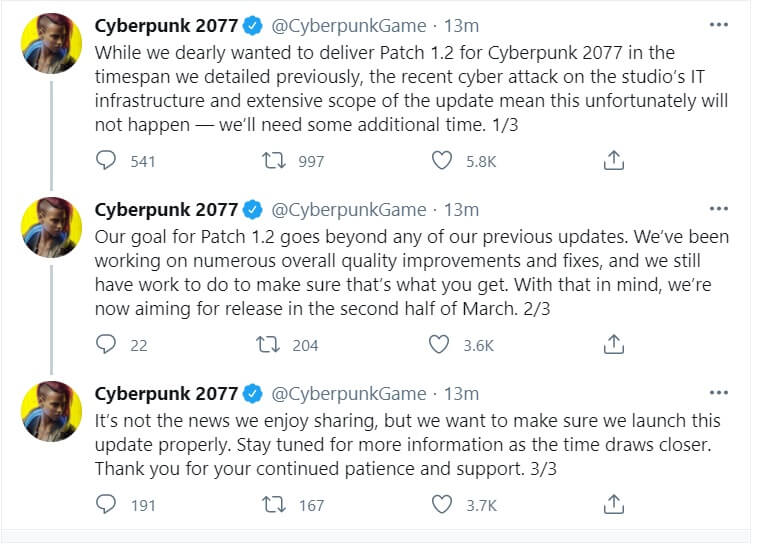 As we’ve already mentioned, CD Projekt Red is currently using DMCA to shut down Twitter accounts sharing stolen source code of its games. For what it’s worth, only the source code of Gwent has appeared online.

Lastly, CDPR released earlier this month patch 1.12 that addressed the vulnerability that could be used as part of remote code execution.