Now what’s really interesting here is that CD Projekt RED has not listed any AMD GPUs for its Ray Tracing PC requirements. NVIDIA has stated that Cyberpunk 2077 uses DXR for all of its Ray Tracing effects, and that all DXR-compatible GPUs should be able to support them. Thus, we are not certain whether AMD’s GPUs will indeed support RT at launch.

Lastly, CD Projekt RED has not listed the framerate that these specs target. However, we can safely assume that they target 30fps. 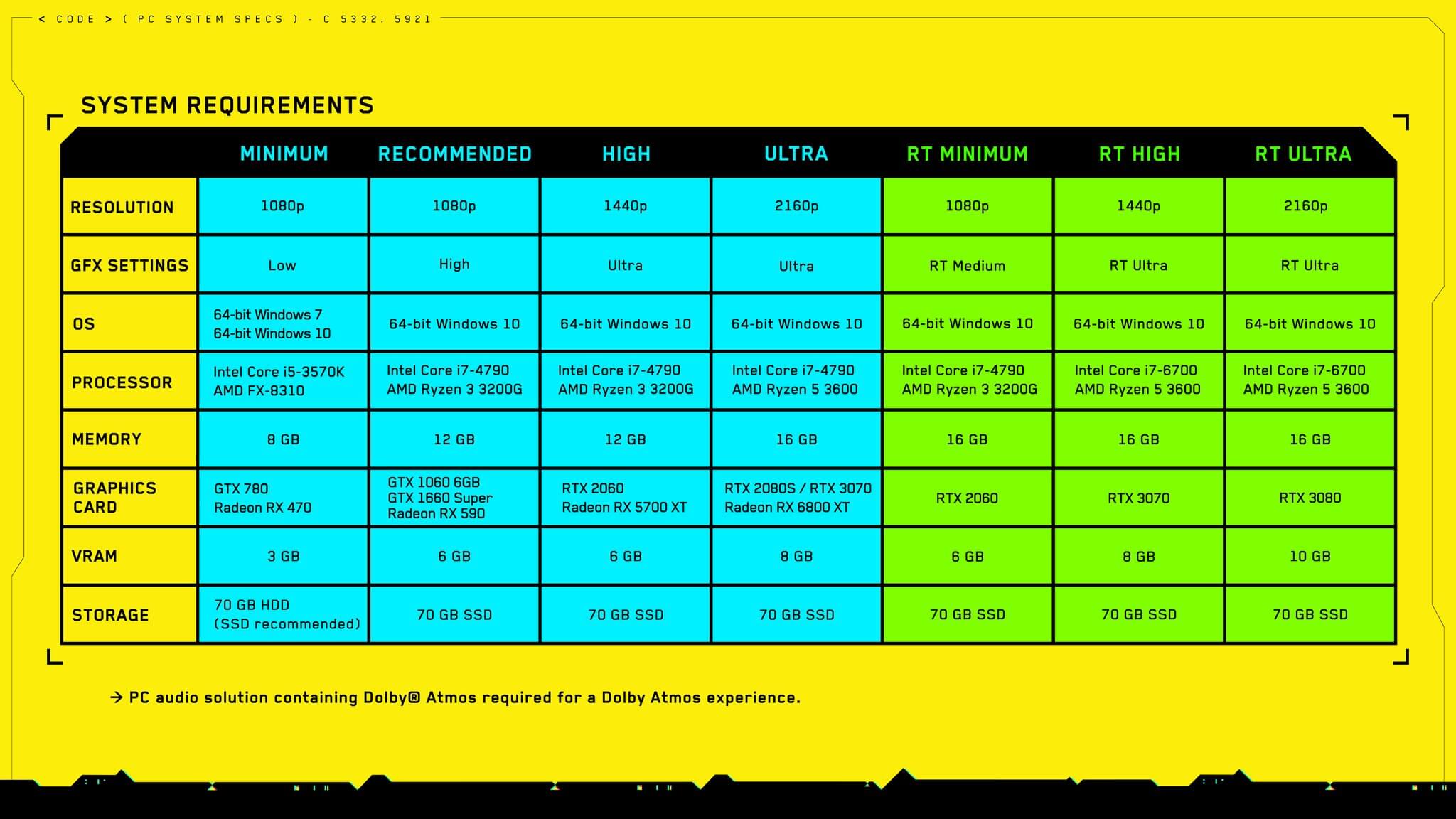