It seems that the team behind Tomb Raider is already working on its next project. According to the LinkedIn profile of Matt McCulloch, Principal Level Artist at Crystal Dynamics, the company has already begun working on its next game, a game for which Matt has created some wildly cool environments. Not only that, but this project is said to be announced soon. 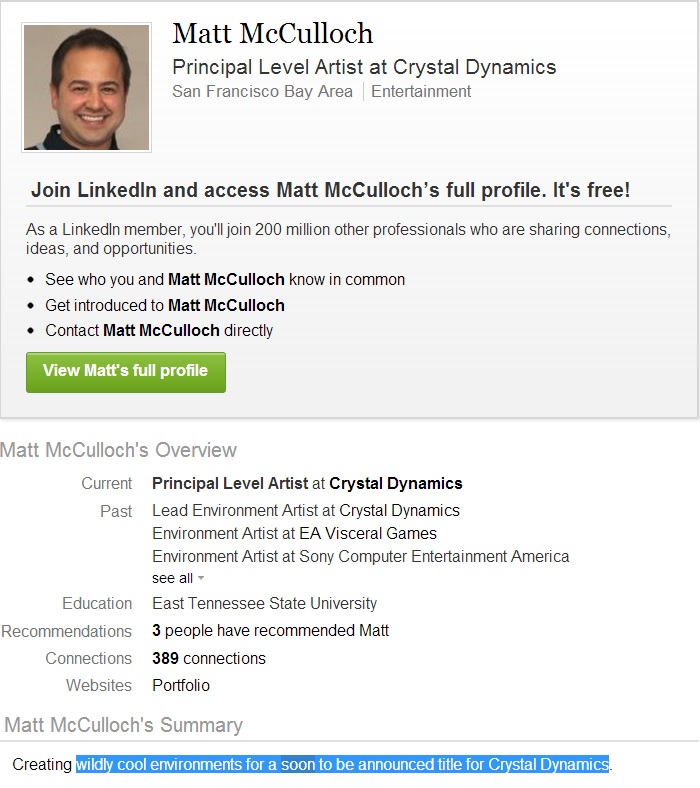 The question now is what this new project could actually be? A new Legacy of Kain perhaps? Sounds possible – and that’s what most fans are hoping for – however we are not so sure about it. Yes, a new Legacy of Kain would feature some ‘wildly cool environments’. But then again the same can be said about GEX or Pandemonium.

At this point, we can only guess what this new project may be. Hell, it could very well be a new IP.

Let’s hope that Crystal Dynamics will unveil more in the coming months!