Now here is a nice surprise. A couple of days ago, Electronic Arts has revealed the contents of Crysis 2 Maximum Edition and nobody took notice about it. According to the publisher, this edition will feature 4 Limited Edition unlocks, as well as both the Retaliation and Decimation packs. Not only that, but this edition will hit Valve’s digital distribution service, Steam.

Do not confuse this Maximum Edition with the Crysis 2 Maximum Graphics Edition that was released alongside EVGA’s graphic cards. This is completely different edition and we expect to see it also on X360 and PS3.

As always, Steam’s registry does not lie and we can see below that Crysis 2 Maximum Edition was added to it. In case you are unaware of, Crysis 2 is not present on Steam. The reason behind Crysis 2’s absence was due to its patching issues (well, that was what EA suggested back then as it was the same reason why BF3 was not made available via Steam). Does this mean that Crysis 2’s support will be dropped? Not surprised if that’s true as Crytek is well known for this kind of support.

Electronic Arts has not revealed any release date for this special edition of Crysis 2, so stay tuned for more! 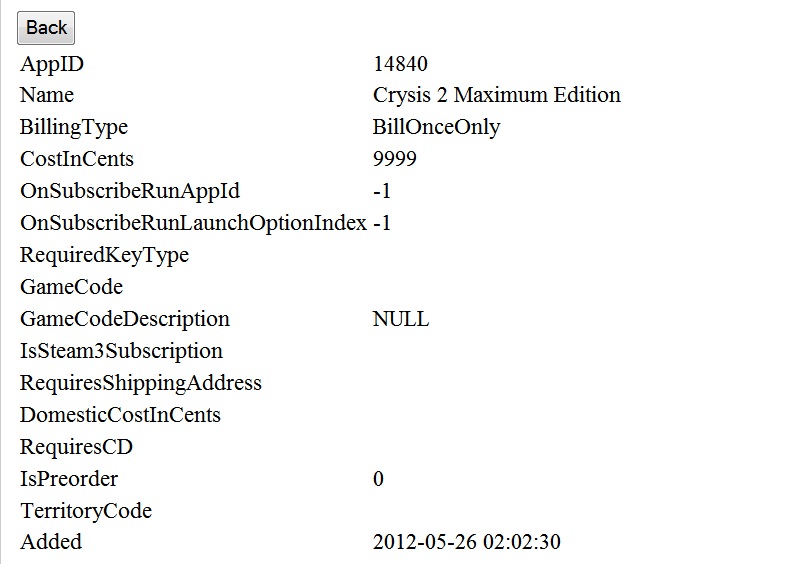