Crysis 2 fans, here is something really special for you. Talented modder MaLDo has released the beta version of his highly anticipated Texture Pack, MaLDoHD 4.0. This release features a config tool for MaLDo’s pack, as well as an installer, so be sure to use them wisely.

Those interested can download the beta of MaLDo’s texture pack from his blog (or via this torrent). The pack is 1.5GB in size (and 2.34GB when unzipped).

MaLDo has also released a general guide for those interested in tweaking his mod, as well as two images to showcase what CPU and GPU you will need for its settings. We strongly suggest you reading the Recommended Settings in the Config Tool, or the modders suggestions on his blog. 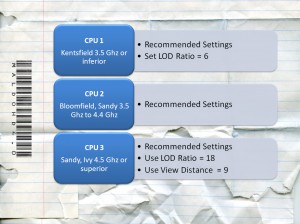