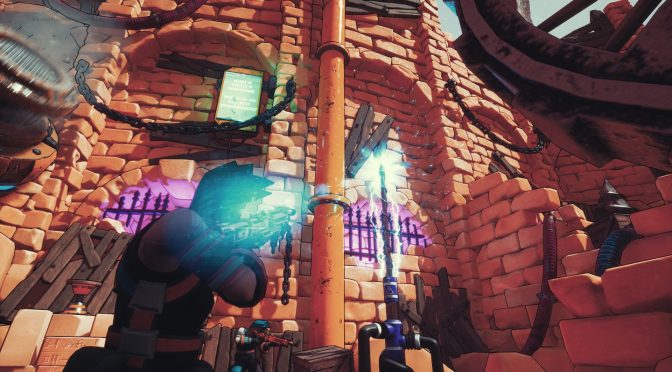 In Crazy Justice, players take the role of a hero and save the world from the forces of evil. Players will complete dozens of missions, find new heroes, gather new special weapons and eliminate the steampunk hordes.

Players can build their own custom skill decks, and they can build barricades, walls, deploy turrets and create other defense systems in the game based on their skills.

Although the main of focus of Crazy Justice will be a multiplayer experience, it will also support a single-player mode. In this mode, players can immerse themselves in one of the character’s story while they learn the basics of the game (controls, skills, gadgets). The single-player mode can be played in solo or in co-op with a friend.

Needless to say that we are really excited about this cross-play announcement. After all, we strongly believe that more and more games should offer cross-play between different platforms. Seriously, imagine Battlefield, COD or Destiny 2 with cross-play support. Now that would be awesome.

It’s worth mentioning that Crazy Justice will feature two battle royale game modes. These modes are: Survive the Tesla and Survive.

Here are some details about these two battle royale modes:

Survive the Tesla: In the middle of the map a Tesla Coil will generate a shield above the area. During the gameplay the shield is getting smaller until it reaches the final size. Players out of the shield will die. The last living player will win the round.

Survive: The map contains 6 sectors, after a while the system will destroy a randomly selected sector and players who are in that sector have to escape from that area. The player will die if not able to escape during the countdown. At the end only 1 sector will be active and the rest of the players have to fight with eachother on that relative small area.