Relic has revealed – via the FB page of Company of Heroes 2 – that its upcoming strategy game fully supports DX11. According to the company, the Essence Engine 3 has full support of DX11 hardware tessellation, meaning that snow will have true deforming depth when units walk or roll over it. Relic has also promised groundbreaking visuals and has released a new DX11 screenshot that can be viewed below. Company of Heroes 2 is planned for a 2013 release on the PC. Enjoy! 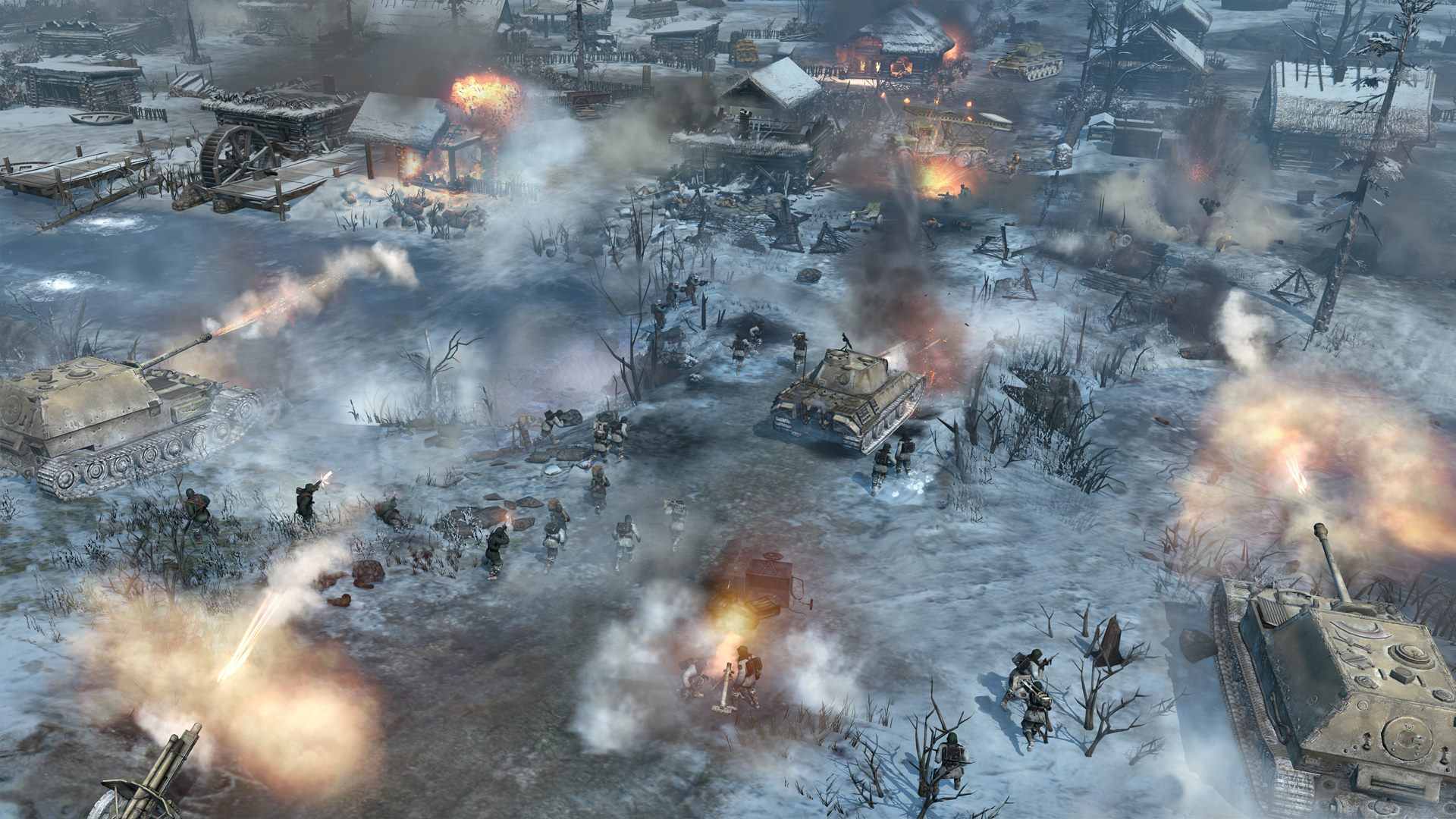