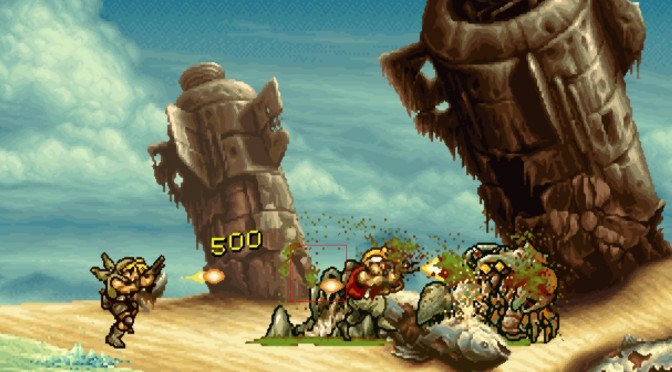 Good news for all classic platform fans as Metal Slug 3 is currently available for pre-order on Steam. Metal Slug 3 is described as the masterpiece in SNK’s emblematic 2D run & gun action shooting game series, that still continues to fascinate millions of fans worldwide to this day for its intricate dot-pixel graphics, and simple and intuitive game controls.

Here are the key features of the Steam version:

-MISSION MODE (STAGE SELECT):
Play your favorite stages at will and train alone or with a brother-in-arms on the missions you have unlocked so far!

-ONLINE MISSION (ONLINE MULTIPLAYER):
Connect to Steam and clear missions with friends far away via Online Co-Op Play.
Find a fellow countryman or foreign ally and let the mission begin!

-GALLERY:
View original illustrations of the game that you’ve unlocked.

-LEADERBOARDS
Check your current rank and score in“METAL SLUG 3” at any time,
and compete with other players to become the world’s No. 1 soldier