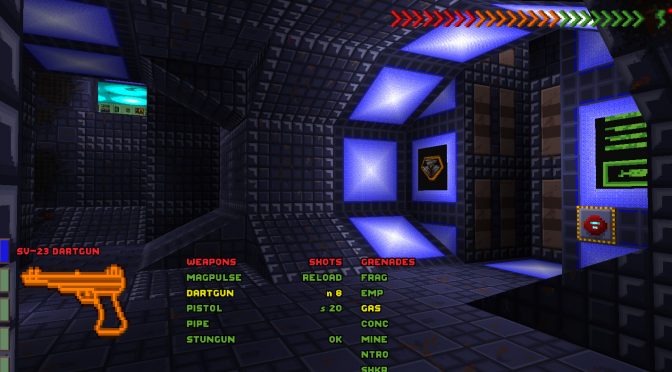 I’m pretty sure that a lot of System Shock fans are a bit disappointed after what happened with its official remake. According to the latest reports, this remake now targets a 2020 release. However, we may actually a play a different remake of System Shock sooner than that. JosiahJack is currently working on an open-source fan remake of the classic System Shock game in Unity 5 Engine and has announced that he targets to release a beta version in Q3 2018.

As JosiahJack claimed, this project is now 80% complete and the team aims to release its first version on September 22nd, 2018. Of course nothing is set on stone yet and this fan project may get delayed. After all, it has been in development for a couple of years and originally targeted a 2015-2016 release.

According to its creator, the team needs to finish enemies (currently at 50% though most are only modeled), finish weapon item models, place all doors, place all objects, place all enemies, add mission logic, fix some hardware functions (e.g. target ID and sensaround), finish automap behavior and finish making enhanced level geometry. The two last features are not required for its beta release, but there is still plenty of work to be done.

“The first stage before beta release is to first recreate faithfully the original game, with enhanced controls, 3D objects, 3D enemies, and particle effects. After this is the 2nd stage – enhancement. Level geometry will be enhanced from the flat card walls with only two polygons to be like the image below. This in addition to added sound effects, ambience, better plants, more model detailing, etc. will be part of finishing the 2nd stage.

The 3rd stage is to make the game mod- and map-maker friendly. This will include documentation, editor scripts for friendly level design, guides on level creation, examples, and how different portions of the game can be tweaked or modified. All modding or level design is planned to be in the Unity editor (current version is 2017.2 but that can change).”

JosiahJack has also released a video showing this fan remake of System Shock in action that you can view below!