A couple of days ago, we informed you about CD Projekt RED’s second triple-A game that was meant to be announced in the first half of 2013. Well, it seems that Cyberpunk 2077’s teaser trailer has a hidden clue about that announcement. According to a text that was put in a frame, the second triple-A game of CD Projekt RED will be announced on February 5th. You can find a screen-grab from that frame below!

According to this hidden information, the second triple-A game of CD Projekt RED will be an open world title. It was rumored – a while back – that this second title would be similar (in scale) to Skyrim, so this could very well be true. CD Projekt RED said that the game has an intense story and we can pretty much guess what that game is. The Witcher 3 anyone? Yeap, sounds possible.

In addition – and as we already said – this second triple-A game is closer to completion than Cyberpunk 2077, so stay tuned for more! 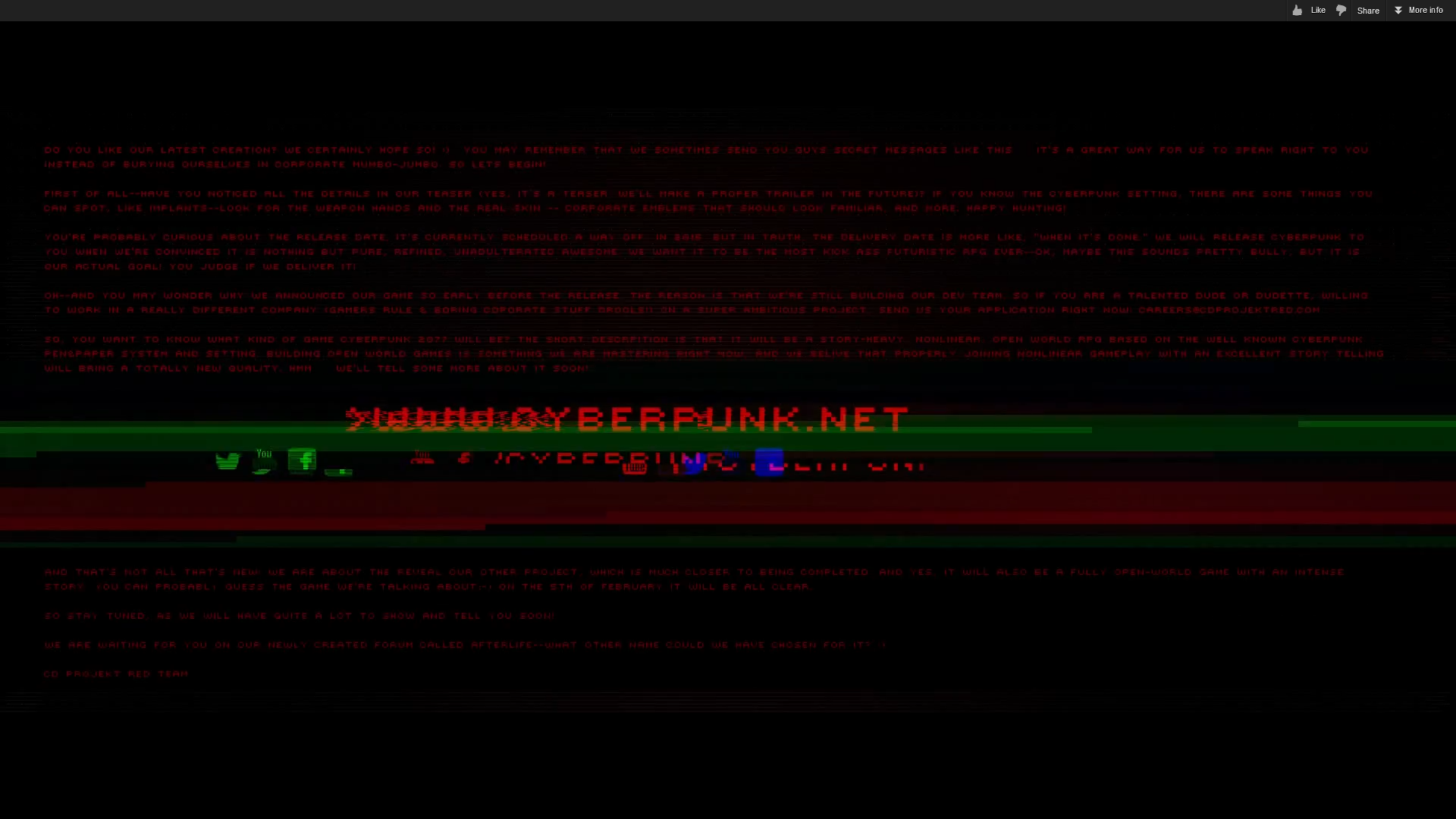