CD Projekt RED stayed true to its ‘trailers with hidden messages’ roots and included another hidden message at the end of The Witcher 3’s debut gameplay trailer. According to the company, the CGI scenes that were included in the debut gameplay trailer are of something bigger. Not only that, but the trailer featured some of the changes that are coming to this third part of The Witcher 3 series. You can view the screen-grab of this hidden message below. Our guess is that a web-series or a short film is under the way, although we could be wrong. Enjoy! 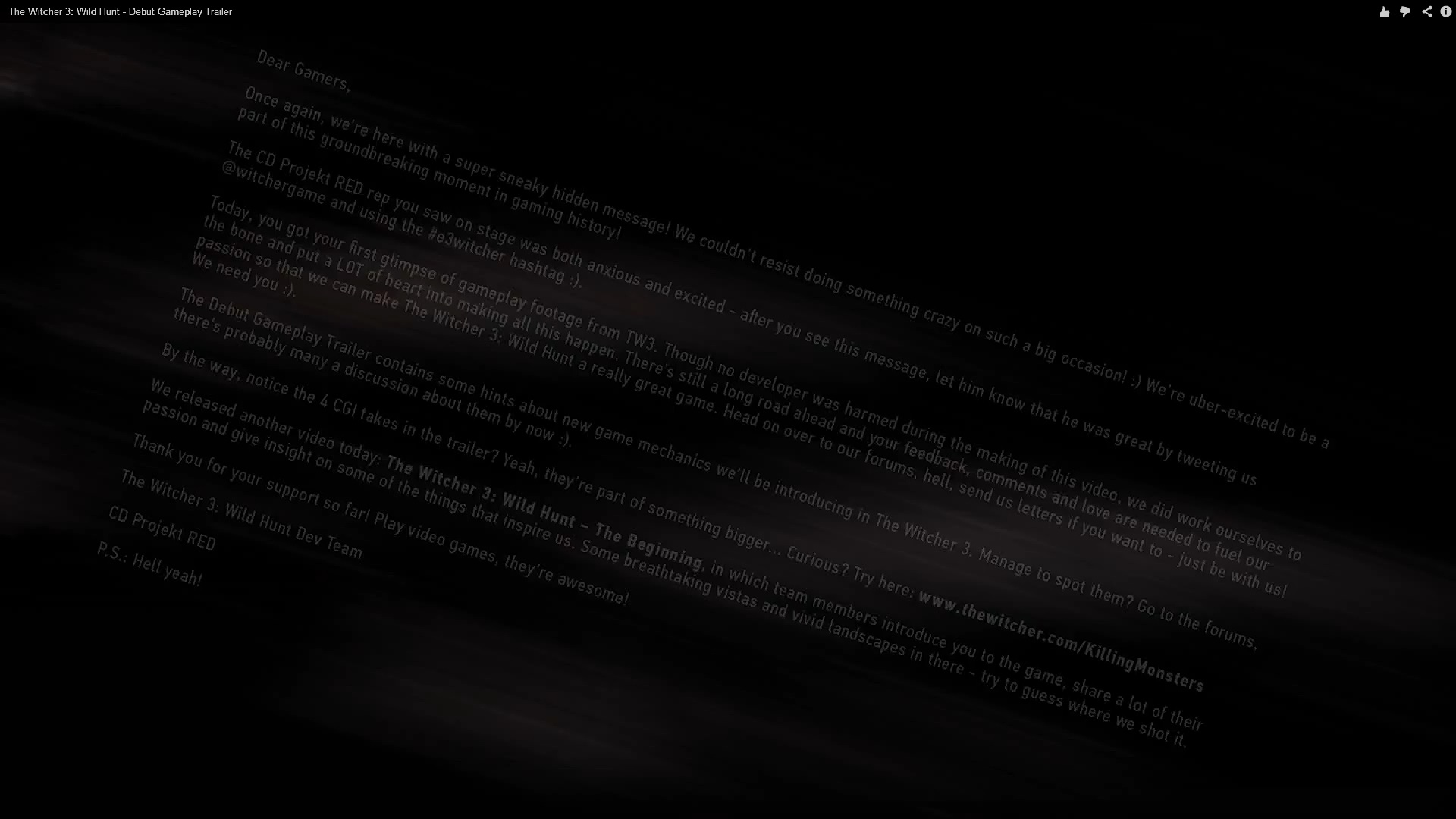