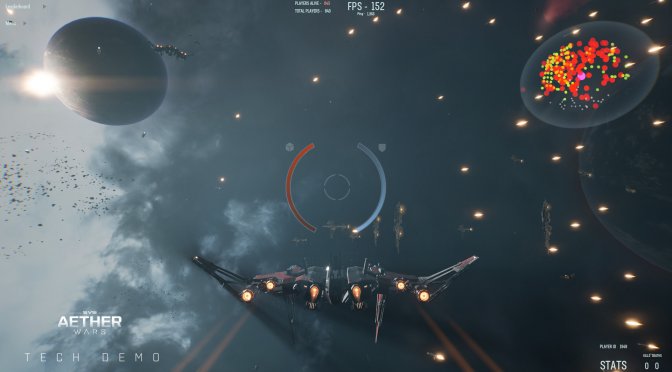 CCP Games has announced will be showcasing the next iteration of EVE Aether Wars, their technology partnership with London-based start-up, Hadean, on November 23rd.

According to the press release, the tech demo will be showcased live at EVE London, the grand finale of the epic Invasion Tour, taking place at the O2 Arena in London, UK.

EVE Aether Wars is an ongoing research and development initiative to push the boundaries of large-scale, multiplayer experiences and explore the possibilities of Cloud Gaming.

Earlier this year, CCP Games and Hadean unveiled the first EVE Aether Wars technology demo that ran live at GDC19 with 14,274 connected clients in a single-instanced, multi-region game world. At Gamescom 2019, they showcased a gameplay demo that a seven-person team at CCP Games built in just eight weeks, in which 4,369 players from 88 different countries participated.

“We are thrilled to have the continued support of CCP Games with EVE Aether Wars. We wanted to show the world that our Aether Engine technology can perform flawlessly under unprecedented strain while enabling unique and exciting gameplay experiences that can only be delivered by our technology. We’ve done that, but we’re not finished. We have a world-class team of engineers at Hadean working with CCP on the creation of EVE Aether Wars and we can’t wait to demonstrate the next phase!”

“We are continuing to build on the success of our joint efforts with Hadean on EVE Aether Wars and push this technology even further. By using it to test the limits of the virtual worlds we want to create, we are opening up new possibilities for developers, the industry and ultimately the players themselves. We’re eager to showcase the next step in this exciting partnership and continue to push the boundaries of what can be achieved in large-scale multiplayer gaming.”