Call of Duty: Modern Warfare releases next month and it appears that it will have some major netcode issues. Battle(non)sense has tested the beta and discovered some really awful results. Now if you’ve played the beta, you may also experienced these netcode issues (we know we did).

Call of Duty: Modern Warfare features a really low TTK and it currently suffers from high latency issues. This combination can be enough to frustrate a lot of players, and lead to a disappointing multiplayer experience. In case you aren’t aware of, TTK means “Time To Kill”. The game has more “lag” than Battlefield 5, Fortnite or PUBG. Its 32v32 mode has also higher latency issues than Black Ops 4’s battle royale Blackout mode. 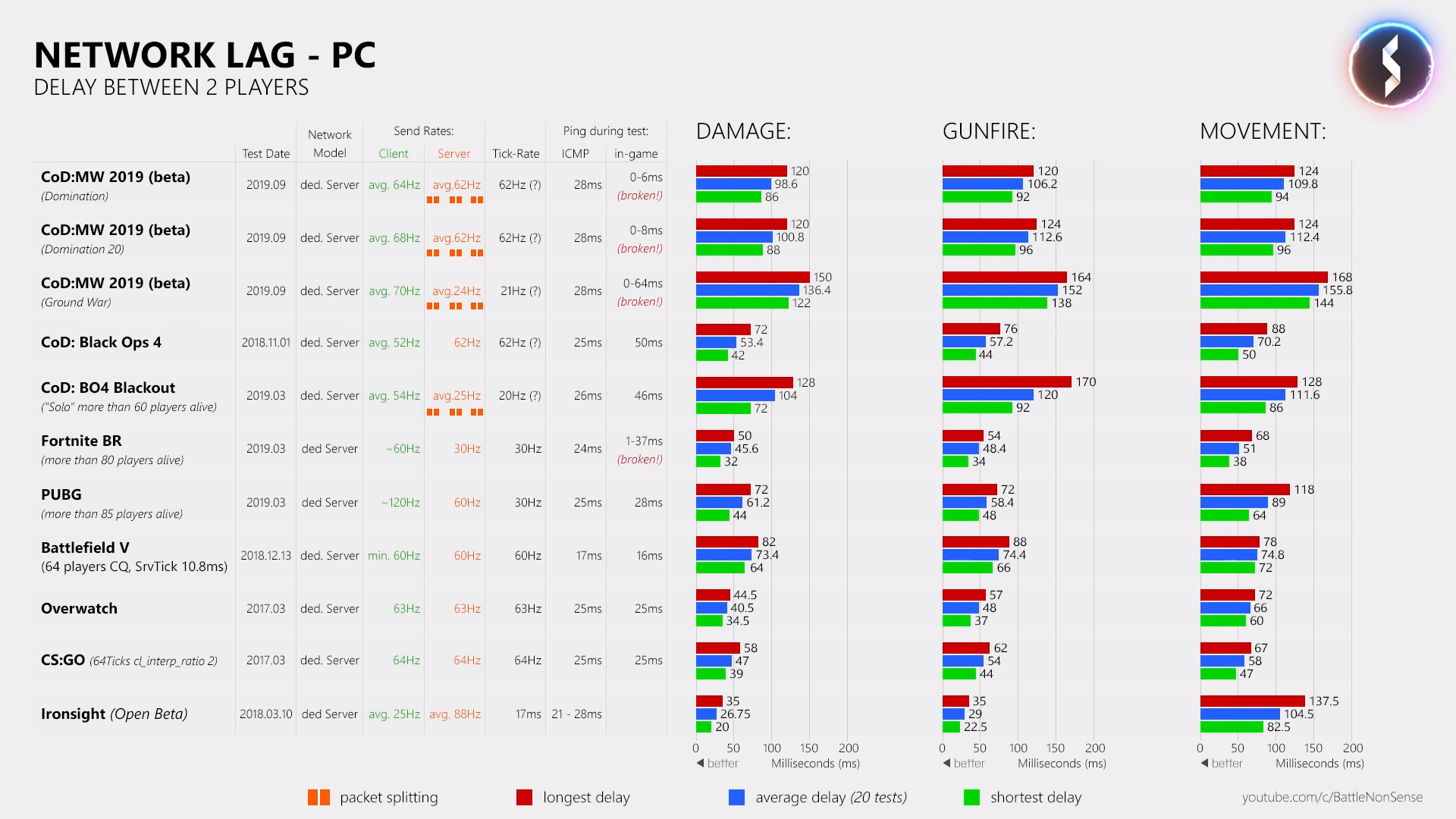 The first thing I thought when playing the beta was: <<Man, there is something wrong going on here. How can they see me so quickly?>>. And, well, now we know how that was possible. Add to these some servers that may have a higher latency and the game can become a “lagfest” for some players.

Seriously, this is something that Infinity Ward needs to address as soon as possible. This can completely destroy the multiplayer experience that gamers will be getting in COD: MW. Oh, and if the latency issues are that awful in the 64-player mode, imagine what will happen in the rumoured 100-player mode.

Call of Duty: Modern Warfare releases on October 25th. Below you can find Battle(non)sense’s video!