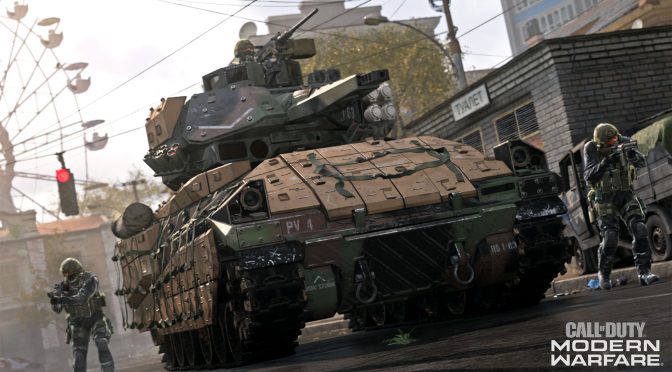 Activision has announced that Call of Duty Modern Warfare’s PC Beta phase will begin on September 19th. This beta phase will last until September 23rd and will be open, meaning that everyone will be able to download and play it.

Moreover, NVIDIA has released a new video showing the PC version in action. This video was captured on a GeForce RTX 2080Ti, though it’s only at 1080p/60fps. Still, it will give you an idea of how the game looks and plays on NVIDIA’s most powerful gaming GPU.

According to its description, Call of Duty: Modern Warfare engulfs fans in an incredibly raw, gritty, provocative narrative that brings unrivaled intensity and shines a light on the changing nature of modern war.

Activision has also revealed that the game’s Ground War game mode will support up to 100 players. Not only that, but other modes will support 40 or 64 players. I’m pretty sure that this will excite a lot of COD fans, even though there won’t be a battle royale mode. Infinity Ward is still playtesting 100-players so, unfortunately, there isn’t yet any gameplay video from that mode.

Still, Call of Duty Modern Warfare sounds like a truly great title. The game will feature a single player campaign, multiple multiplayer modes, cross-play support, gorgeous visuals thanks to photogrammetry and ray tracing, and will be a bit more realistic than previous COD games.

Infinity Ward’s shooter will release on October 25th and we can’t wait to get our hands on it.