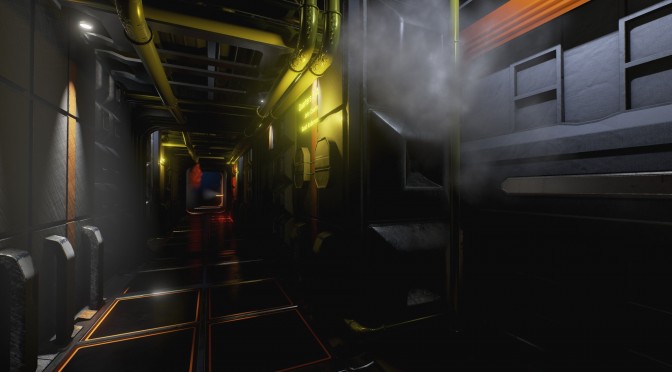 Caffeine is a quirky first person psychological horror adventure game with environmental puzzles. The game is set in the near future in which the entire population of Earth is vigorously addicted to coffee.

You awaken aboard one of these caffeine mining stations alone. Before long you realize that you are a young boy with no memory of what has transpired on this seemingly empty space station.

Naturally you set out to explore the depths of the huge structure to figure out what exactly is going on.”

Caffeine is a collection of three episodes, the first of which will be released on October 5th.