PC gamers and Bungie fans, get ready because we have the first info for Destiny, Bungie’s upcoming MMO that will be published by Activision. According to a court report, Bungie is developing a assively multiplayer style, sci-fantasy action shooter series codenamed ‘Destiny’ with expansion packs codenamed ‘Comet’. Destiny will see four games that are slated for release in 2013, 2015, 2017, and 2019, as well as four expansion packs that are planned for a 2014, 2016, 2018, and 2020 respectively.

Destiny will be rated Teen/PEGI 16 and the first game (that will come out in 2013) will be an Xbox 360 and “Xbox 720” timed exclusive title. We can safely assume that it will PC at a later date. Activision and Bungie are considering a PS3 version of the first game in 2014.

The second game is targeted for 360, 720, PS4, and Windows PC, though the contract notes that some of those SKUs may be dropped if they decide they are not worthwhile or not technically feasible. 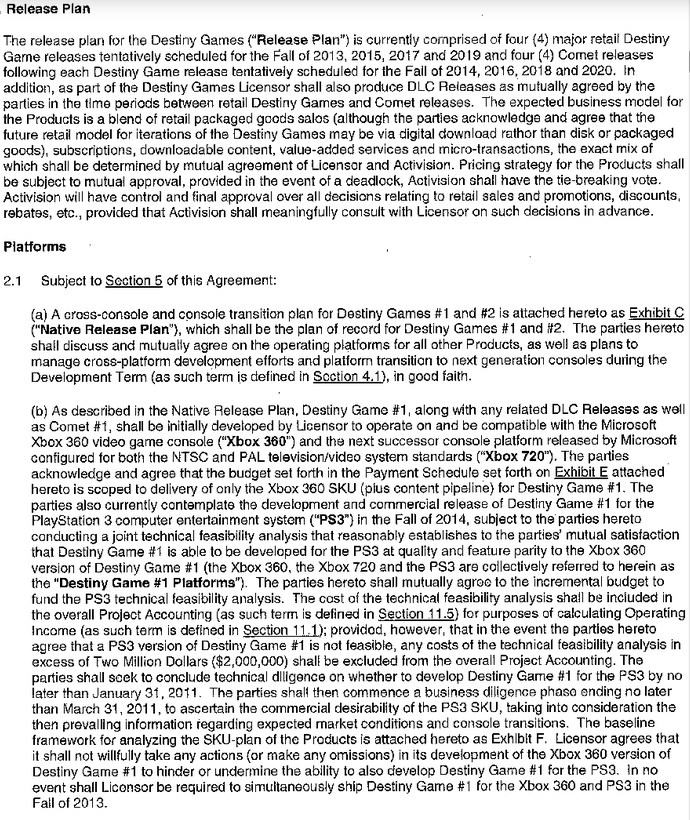