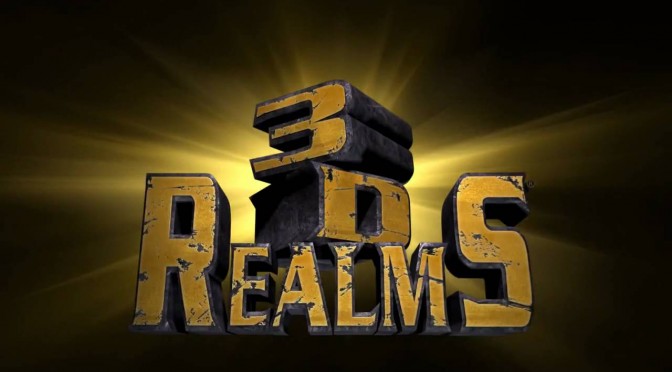 Now this is getting really interesting. Interceptor Entertainment was ready to announce a new Duke Nukem game when Gearbox filed a lawsuit against it and 3D Realms. And while we’re still waiting to find out what will happen with Duke Nukem: Mass Destruction, Interceptor’s Owner, Game Director and CEO announced that his company has acquired both Apogee and 3D Realms. 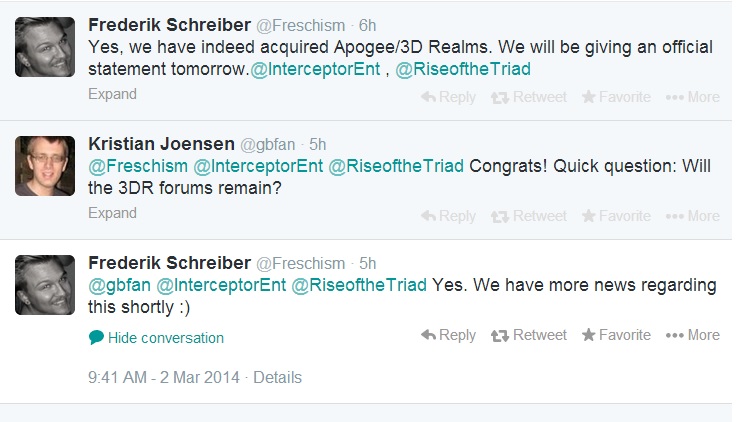 As Frederik Schreiber claimed, an official announcement will be issued tomorrow (or today, depends on your timezone). Good news is that the old 3D Realms’ forums will remain live, so there is nothing to worry if you were a frequent visitor there.

This is the beginning of a new era for both Interceptor and Apogee/3D Realms. Apogee was created by Scott Miller, George Broussard and Todd Replogle, and was the alter-ego, the other half of 3D Realms. Apogee was responsible for games such as Beyond the Titanic, Bio Menace, Duke Nukem, Duke Nukem II, Realms of Chaos, Rise of the Triad and Supernova.

3D Realms, on the other hand, is best known for Duke Nukem 3D, Blood, Shadow Warrior and Duke Nukem Forever. 3D Realms was also responsible for Max Payne; a game that was considered a vaporware until Remedy stepped in and delivered an amazing gaming experience to both PC and console gamers.

What’s funny/ironic is that Interceptor started – more or less – as a group of modders. Interceptor was responsible for a freeware remake of Duke Nukem 3D in Unreal Engine 3 that never saw the light of day. Despite that, the team did not surrender its dreams and has created a remake for Rise of the Triad. Fast forward a couple of months, and here we are today with this team acquiring the legendary studio. Someone should definitely write a book about it.

The only thing that remains now is to wait and see what Interceptor has to announced for this acquisition. It will be also interesting to see whether the company has come to an agreement with Gearbox about Duke Nukem: Mass Destruction.

And here is the press release:

Danish investment firm, SDN Invest, has acquired Apogee Software, Ltd d/b/a 3D Realms (not to be confused with Apogee Software, LLC – publishers of Rise of the Triad) SDN Invest is part-owner and principal investor in Denmark-based game studio and Rise of the Triad developer, Interceptor Entertainment. Effective immediately, the new CEO of 3D Realms will be Mike Nielsen. Mr. Nielsen also serves as Chairman of the Board at Interceptor.

SDN Invest was founded by Nielsen when he stepped down as CEO of Coolshop.com – a leading online retailer in Northern Europe that he co-founded in 2002 – to focus on investing in companies with potential.

“3D Realms is legendary for its contributions to the gaming industry, as both the pioneer of the shareware model and an always generous partner who has provided both funding and guidance to game studios such as id Software, Parallax Software, Remedy Entertainment, and many others,” remarked Nielsen, the newly appointed CEO. “3D Realms has also developed, co-developed, and co-financed such hits as Commander Keen, Duke Nukem, Wolfenstein 3D, Rise of the Triad, Raptor, Shadow Warrior and Prey. There are only a handful of independent studios with a better track record of original games. Yet even with this stellar track record, we hope we can take the company to new heights.”

“3D Realms has always been a defining part the PC games industry.” Added Frederik Schreiber, CEO of Interceptor Entertainment. “Getting 3D Realms under our wings is a huge step for us and we are extremely excited about the acquisition.”

Scott Miller, co-founder of 3D Realms concluded, “My long time partner George Broussard and I are extremely proud of our past, especially as developers who always tried to partner with up-and-coming studios who just needed their break. Our history shows we did that throughout the 1990s & 2000s, and I expect the new 3D Realms to continue with this tradition in full force. Our industry needs more good guys, who honor the profession and fellow hard-working developers.”