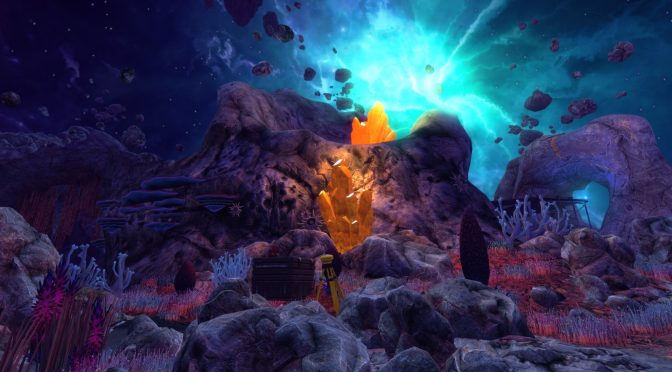 The team behind Black Mesa has announced that the Xen chapters will be delayed until December. And while this will disappoint some Half-Life fans, the team released the first two screenshots from that section.

“We know that this is not what anyone would want to hear, but after taking a long and hard look at what we want to achieve, we have decided that this is for the best. We do not want to compromise on Xen’s quality in any way. That said, we consider December to be a do-or-die deadline.”

“These new “next-gen” lights cast real-time light, shadows and god rays. These won’t replace all the lights in the game, but we can use them in many special cases where we want the lights to be particularly gorgeous. These lights are much better optimized than other Source implementations of dynamic lights, and are more robust.”

The team has also added a color correction filter in order to better unify the game’s visual style and to add full screen effects during the more intense sections.

So yeah, great news overall (apart from the delay of Xen). Still, we strongly believe that the team should simply take its time and release it when it’s done (after all, the first initial release of Black Mesa was great, despite its numerous delays).

Black Mesa started as a free standalone Source mod but is currently available for sale on Steam at 19,99€.