Alan Wake PC is almost a month away and Remedy has shared some 3D Surround screenshots from it. As stated some days ago, Alan Wake will be supporting Nvidia’s 3D Vision and – obviously – will also support its 3D Surround capabilities. And we seriously can’t wait to get our hands on it. According to Remedy, stereoscopic 3D will be performance heavy, therefore a high end GPU such as the GeForce 580GTX and moderate graphics settings are recommended. Enjoy the screenshots after the jump! 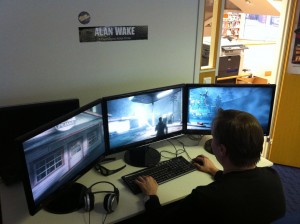 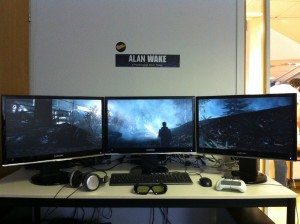