Battlefield 4’s reveal trailer has been unleashed, and most gamers are amazed with its visuals. Truth be told, DICE’s upcoming FPS looks spectacular and is easily one of the best looking games we’ve ever seen. It’s not up to the standards of Deep Down, but then again we don’t know whether Capcom’s title will look as impressive as that tech demo or not. And even though a lot paid attention to some finer graphical details, it seems that none noticed a small pop-up window, hinting at a possible always-online DRM for the Single Player campaign of BF4.

At around the 2:40 mark of Battlefield 4’s 17 minutes gameplay footage, we can clearly see a pop-up message informing us that another player has managed to set a new record of completion in BF4’s Prologue mode. 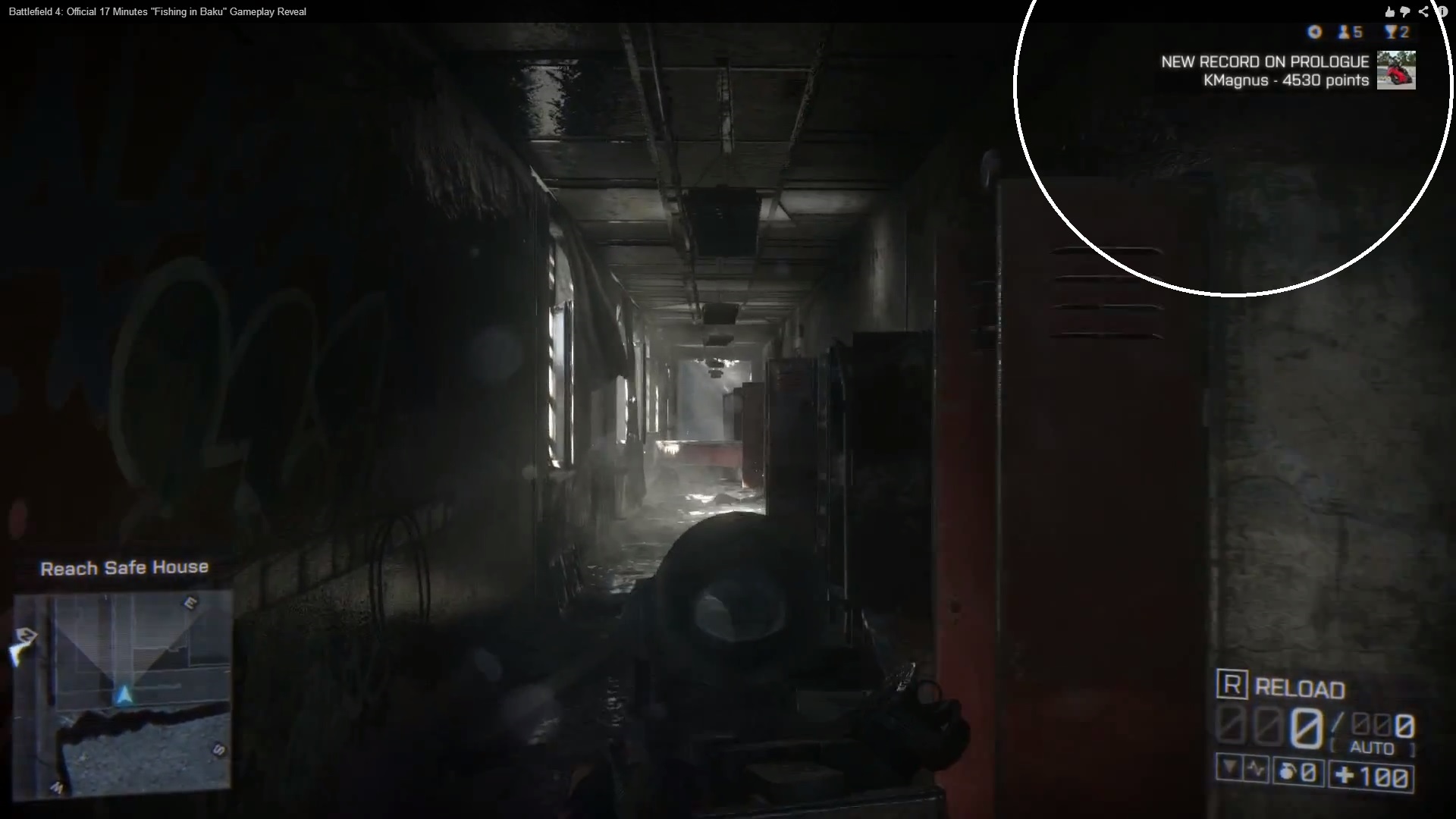 This feature clearly points to an always-online DRM, as players will have to be connected in order to automatically share their records. Electronic Arts and DICE have not clarified yet whether there will be an offline mode at all, and after what happened with SimCity, we feel the need to inform you about this.

Of course a lot will say that Battlefield 4 is a game that focuses on multiplayer and this could explain this DRM. However, we strongly disagree with that logic. If a game supports a Single Player mode, then that mode should be playable in offline mode. What also worries us is that Battlefield 4 will be using Battlelog, meaning that an always-online DRM sounds plausible.

Let’s hope that DICE will not follow Maxis’ example, and that the gaming media will press EA to clarify whether there will be an offline mode or not.