Okay, let’s be honest here; one of the most controversial – graphical – things of Battlefield 3 was its blue tint filter that was used. We don’t know why DICE decided to go that route (must be the same reason the decided to overuse those Anamorphic Lens), but we’re thankful that there are modders out there, willing to go the extra mile and improve the game’s visuals.

Even though DICE has not provided the mod tools for its game, BF3 modder ‘Frankelstner’ has created a mod that removes the annoying blue lighting technique (alongside the color grading effect). Frankelstner’s mod works for BF3 but modder ‘tehfusion’ has released a version of this mod for the expansion maps.

Unfortunately, people will get kicked on ranked servers by PB if they’re using this tool. Therefore, you can only use it on unranked matches and on SP mode.

Enjoy the following screenshots, as well as a comparison video between BF3 vanilla and BF3 modded! 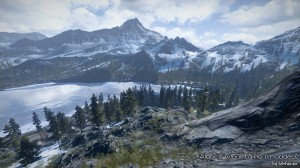 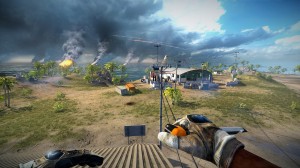 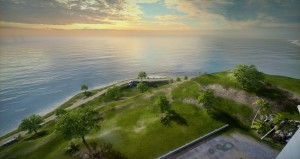 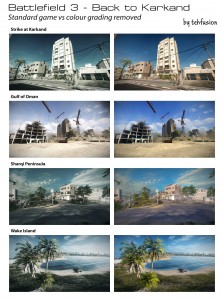