Do you know what would be really cool in Battlefield 3, apart from fighting against dinosaurs? Well, fighting against dragons. It appears that more gamers share this vision with us, and we were surprised to see some of them creating amazing mashups between these two games. Imagine a game with Skyrim’s openness and Battlefield’s mechanics. Man, that would be really interesting. Until some developers decide to offer us something like that though, we’ll have satisfy our need with the following two screenshots. Kudos to Reddit’s users ‘zimm3rmann’ and ‘SentientOne’ for sharing them. Enjoy! 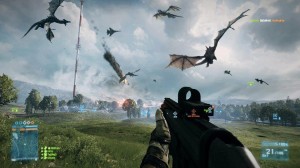 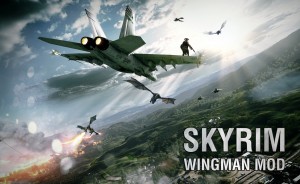