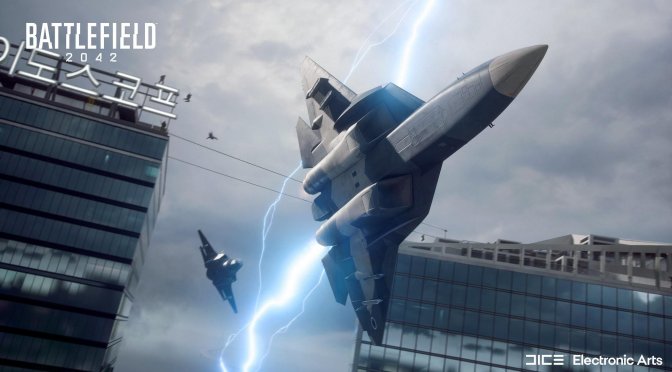 Electronic Arts and DICE released today Battlefield 2042 on Steam and in just a few hours, the game has received Mostly Negative Reviews.

Although this isn’t as bad as eFootball 2022’s launch, it definitely shows how DICE has missed the target with this new BF game. 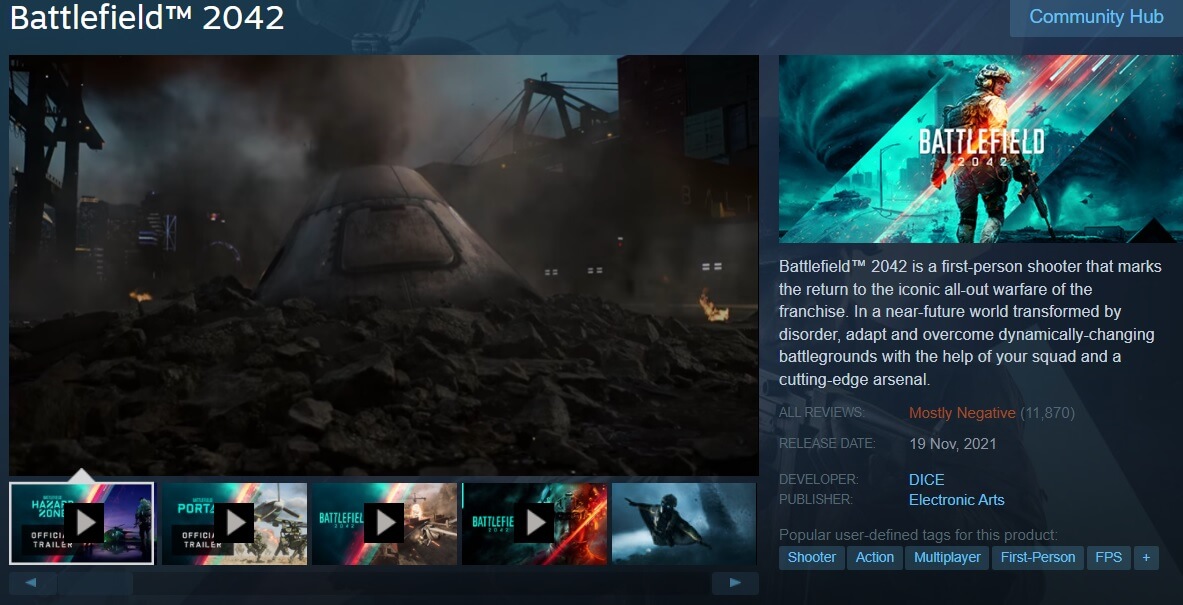 Alongside some tech issues, Battlefield 2042 lacks a lot of features that were present in previous BF games. For instance, there isn’t any class system, server browser, or individual player scoreboard. The game also does not give you the ability to change teams, and you can’t even zoom in on the spawn map. Not only that, but there isn’t a way to differentiate between transport or attack helicopters. Add to this the new “Specialists” which is obviously inspired by other games and has no place in a BF, and you got yourself a Battlefield game that suffers from an identity crisis.

Let’s also not forget that BF2042 does not feature any single-player campaign. As such, you’d expect this game to be more polished than its predecessors. Instead, BF2042 is in a worse state. And while all previous Battlefield games had a rocky launch, most of them only suffered from technical or network issues. On the other hand, Battlefield 2042 lacks major features. It seriously boggles our minds how DICE has managed to deliver such an underwhelming product.

Steam users aren’t the only ones that are disappointed with this new BF game. A lot of critics/reviewers are also unhappy with the game’s direction.

My guess is that some of the aforementioned issues will find their way to the game via post-launch updates. However, I’m almost certain that DICE will stick with its new Specialists system, and won’t implement a traditional class system.