Yesterday, we informed you about the exclusive PC features that will be implemented in Far Cry 4 and Assassin’s Creed: Unity. Well, today we’ve got some additional titles that will benefit from NVIDIA’s GameWorks. According to slides from NVIDIA’s event, Batman: Arkham Knight, Project CARS, The Witcher 3: Wild Hunt, and Borderlands: The Pre-Sequel. In addition, we’ve got additional information about the GameWorks effects that will be featured in Assassin’s Creed: Unity.

Here is the complete list for a number of titles that will support NVIDIA’s GameWorks:

And here are the slides themselves. Current-gen consoles currently support PhysX Destruction, Clothing and WaveWorks. While additional effects will be supported at a later, there is no ETA as of yet. Furthermore, some of these graphical features will also be supported by AMD’s GPUs on the PC. 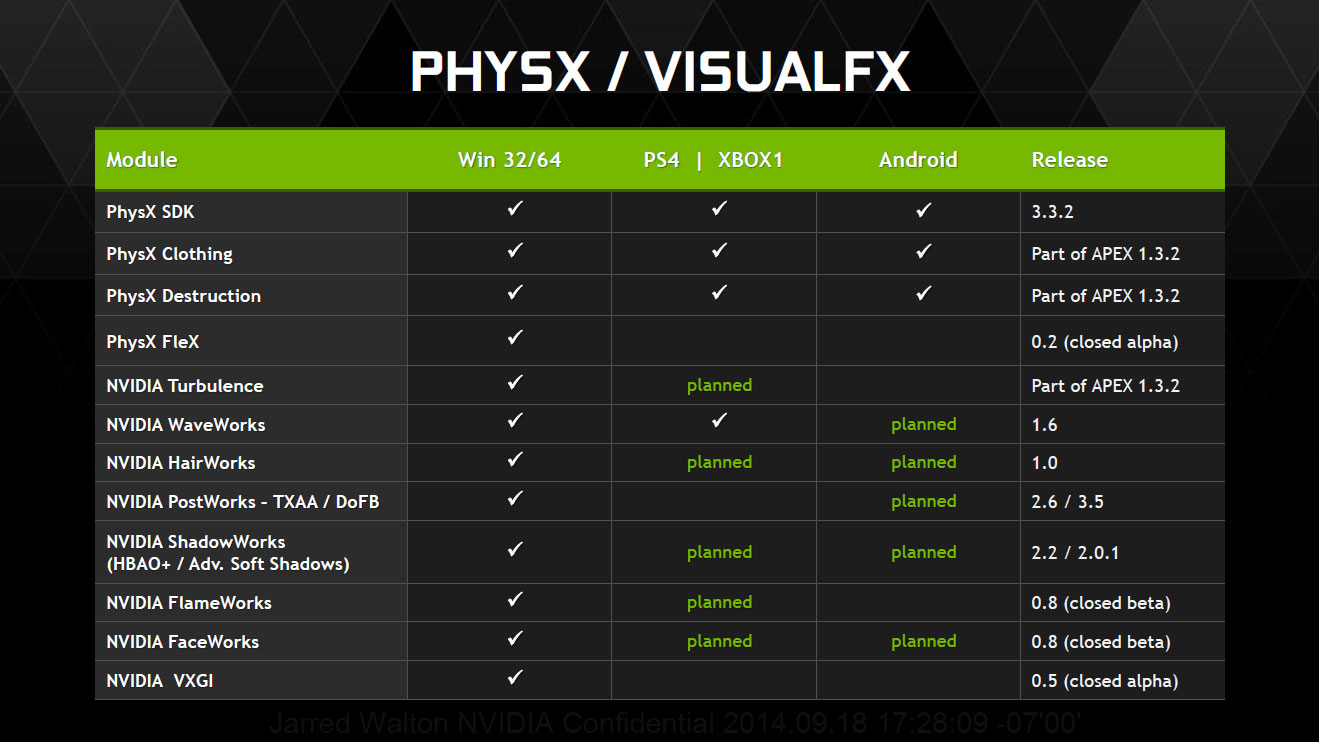 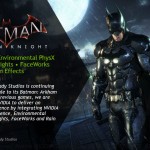 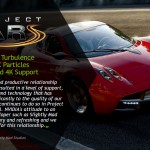 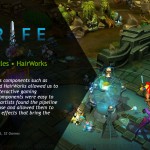 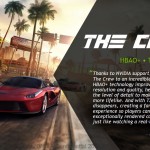 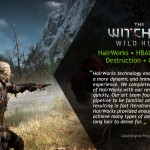 Here are some comparison shots for Far Cry 4 and Assassin’s Creed: Unity. Enjoy!