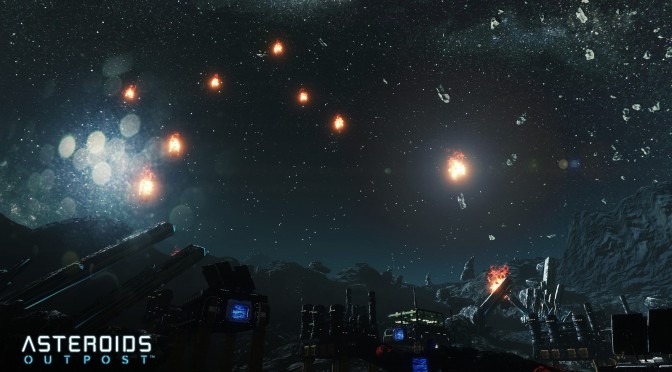 Atari today announced Early Access availability for Asteroids: Outpost. The sandbox, open world, multiplayer shooter is a reboot of the 1979 arcade classic, and it’s definitely not what you’d expect from an Asteroids game. In addition, Atari rolled out a new set of screenshots that can be viewed below.

Set in the distant future, Asteroids: Outpost updates the asteroid-blasting action of the original by putting players in the role of deep-space miners, harvesting rare ore and expanding their bases, while protecting themselves from deadly asteroid showers and claim jumpers.

“Asteroids: Outpost is bringing a completely new premise to the world-renowned Asteroids arcade shooter by combining survival and crafting gameplay mechanics in a multiplayer intergalactic setting. During the Early Access period, Asteroids: Outpost will build on the current gameplay while adding compelling new elements and expanding on the open world.”

Here are the key gameplay features of Asteroids: Outpost available at the Early Access launch:

“We’ve created this massive world with base-building, crafting, and blasting asteroids out of the sky and we believe this game has great potential. We also understand we need players to make this world thrive and turn this game into a super fun experience.  We want players to know the game will evolve over time and this is why we are releasing the game in Early Access.”

And here are the new screenshots for Asteroids: Outpost!