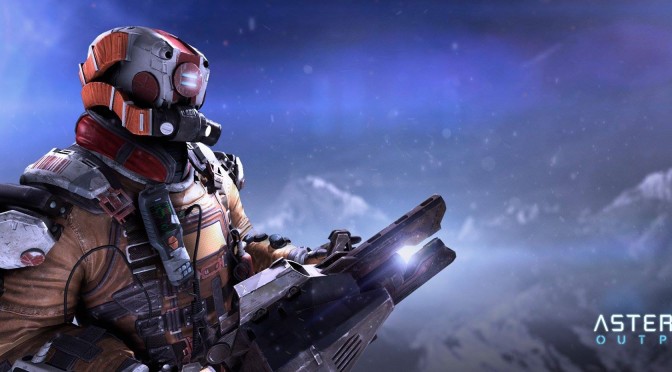 Atari has announced the upcoming release of Asteroids: Outpost for PC. This re-imagining of the world-renowned 1979 arcade shooter puts players in the role of a deep space miner, as they struggle for survival in the asteroid belt. Asteroids: Outpost aims to reinvent the classic Atari title as an open world, sandbox style, survival experience, where players mine, build and defend their base and grow their fortune as they go “from rocks to riches”.

“While on a massive, unforgiving asteroid, players face the challenges of exploring the asteroid, collecting resources, scavenging for ore, crafting equipment, and expanding their territory as they build highly customized bases – all while forming alliances and fighting off other players in challenging multiplayer gameplay. Recurring showers of smaller asteroids represent a source of wealth and a threat as players shoot down these incoming projectiles to defend their claims and harvest their components.”

“Asteroids is one of the most iconic titles in Atari’s portfolio of more than 200 games and franchises, and we’re looking forward to ushering the game into today’s digital gaming era. We’re paying homage to the original Asteroids by incorporating classic features such as asteroid blasting capabilities, while introducing a completely new premise and gameplay. Asteroids: Outpost will appeal to both fans of the classic Asteroids as well as enthusiasts of immersive survival games and expansive MMOs.”

To be honest, we don’t know how we feel about such a re-imagined version of Asteroids. I mean, it’s like getting a Fifa title that is an action adventure game instead of a soccer one. And while this could very well be an interesting title, we strongly believe that Atari should avoid declaring it an Asteroids title.

But then again, if it had a different title, it would not attract as many gamers or journalists, right?

So hooray for using the legacy of a successful and classic franchise in order to promote and hype all sorts of different and irrelevant games.