Ubisoft has just revealed – via its latest livestream – that the next Assassin’s Creed game will be delayed on the PC. While the current-gen console versions of Assassin’s Creed Syndicate will be coming on October 23rd, the PC version will be released afterwards (and there is currently no ETA other than a vague “Autumn 2015” date). 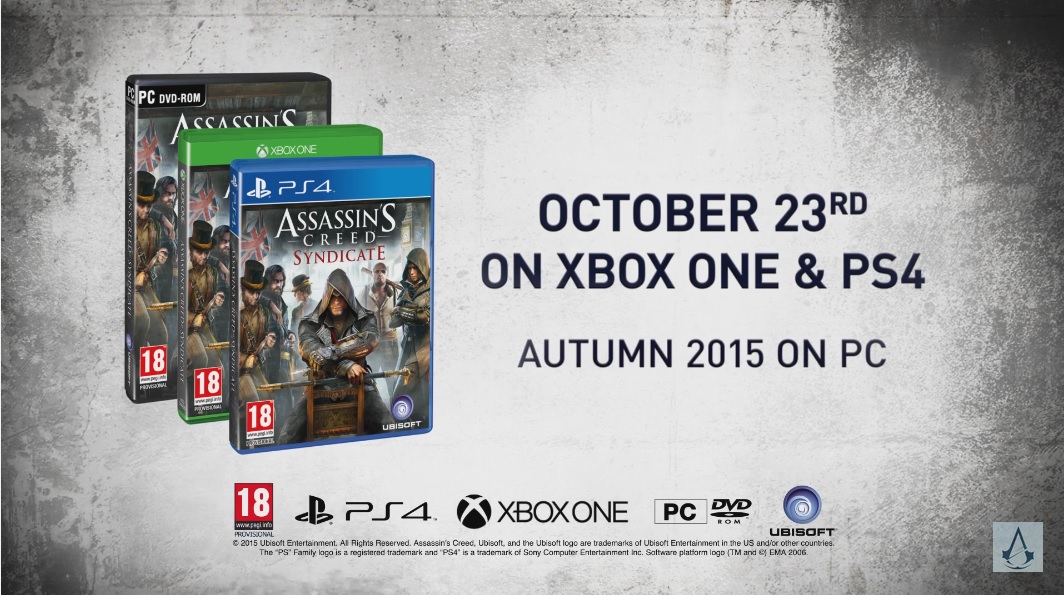 In Assassin’s Creed Syndicate, players will be able to control both a male (Jacob Frye) and a female character (Evie Frye).

Moreover, this new AC game will feature a new combat system, new weapons, a grappling hook and territories that players can liberate (this felt like Far Cry’s outposts, so boo-hoo Ubisoft for copying that element from your other game).

We expect Ubisoft to release a press release with more details, so stay tuned for more!