We know that some of you will get mad with this news but… well… it was to be expected, right? According to Assassin’s Creed III: Join or Die Edition’s promotional, the PC version of Ubisoft’s third-person action adventure game will be released on November 23rd, almost a month after the console release.

In fact, our readers should had already expected that. As we said back in February:

“We have no further details about it, but we can safely assume that it will be coming to current generation consoles, with a PC version following at a later date. Oh, and our guess is that it will be delayed as we haven’t received any additional info or media for it yet.”

Yeah, truth hurts but here in DSOGaming, we feel the need to always inform you about the real deals and possible scenarios and not deceive you with what you’d love to hear. So yeah, we called it back then and we were right. In fact, we’re surprised that it get’s delayed for only a month, as the previous Assassin’s Creed titles were delayed for almost three months.

Special thanks to our reader Sid for mailing us the following image! 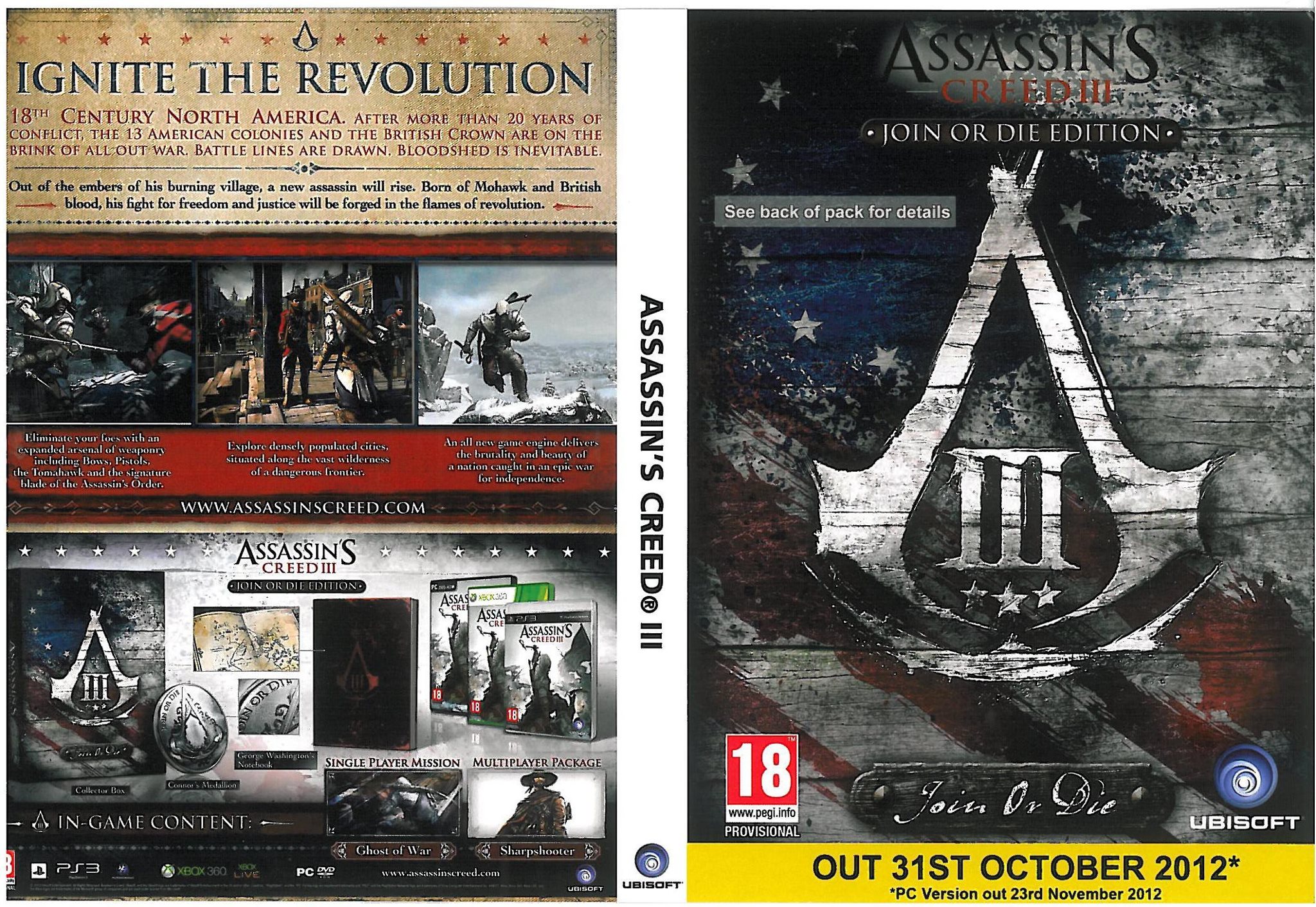