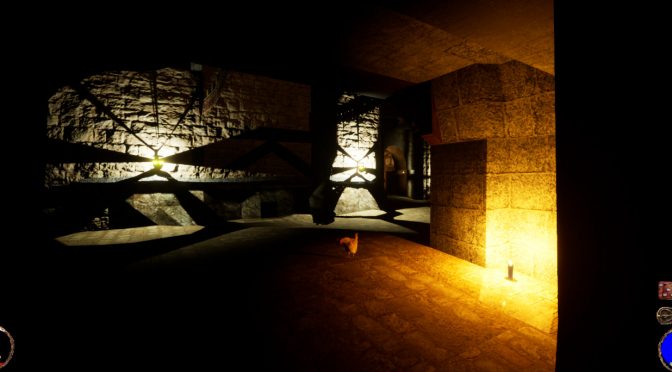 Last month, we informed you about a fan remake of Arx Fatalis that is currently under development. This fan remake will be using DirectX 12, will be powered by Unreal Engine 4, will take advantage of Ray Tracing, and the first RTX screenshots have just surfaced.

Arx Fatalis is a role-playing game that came out on November 12th 2002 and was developed by Arkane Studios (the studio responsible for Dishonored). The game uses a first-person perspective and is set on a world whose sun has failed, forcing the above-ground creatures to take refuge in subterranean caverns. The game takes place in one of these large caves, where inhabitants from all races such as Trolls, Goblins, Dwarves, Humans, etc. have made their homes on various levels of the cave.

These new screenshots showcase the real-time ray tracing effects that BlackcatGameStudio has implemented in it. Now while the lighting looks great (I mean, it’s ray tracing), it also shows how low-res some of the textures currently look. This fan remake would benefit from a HD Texture Pack, however we’d be willing to play this remake even with these low-resolution textures.

Moreover, these RTX screenshots remind me, for some reason, Doom 3. And speaking of Doom 3, it would be awesome if someone could implement RTX/Ray Tracing effects to it. Doom 3 relies heavily on its lighting system and it’s a perfect candidate for showcasing the real-time ray tracing effects.

But anyway, you can enjoy the new RTX screenshots for Arx Fatalis Remake below. Here is hoping that BlackcatGameStudio will be able to finish and release this project prior to receiving any C&D letter.