Bohemia Interactive announced today that it is planning to release Arma 3’s campaign in 3 free episodes after the game’s initial launch. Supplied as free DLC, the first episode, Survive, will be made available within one month, while the following episodes, Adapt and Win, are slated for release in the months thereafter. This means that, with the free campaign arriving later, the game will premiere with the large island terrains of Altis (270 km²) and Stratis (20 km²), 12 singleplayer showcase missions, 3 faction showcases, 9 multiplayer scenarios, a set of 10 firing drill challenges, over 20 vehicles, more than 40 weapons, 5 factions, the powerful scenario editor and modding support.

Following an eventful past year, and a splendid reception of the Arma 3 Alpha and Beta, the studio honestly admits to the difficulties it experienced with its parallel development. While the team was developing the full game, at the same time it was supporting the Alpha and Beta. However, since the game has made tremendous progress as a result, Bohemia Interactive felt confident to maintain its quality-over-quantity mind-set and take some additional time to perfect the campaign. By releasing the expansive platform and adding the free campaign in 3 separate DLC episodes shortly thereafter, players (as well as mod-makers) will be able to get their hands on the full game as soon as possible, and take on the complete military package in Arma 3’s massive sandbox.

“This was not a decision we made lightly. As game creators, we love developing and playing through campaigns so, to those awaiting ours, we say: sorry for the delay. After talking a lot about a focus on quality over the last year, it simply did not feel right to compromise now. Rather than pushing back the entire game, we launch this year with an awesome package – a splendid kick off for the Arma 3 experience.” 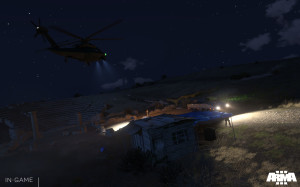 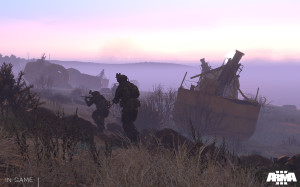 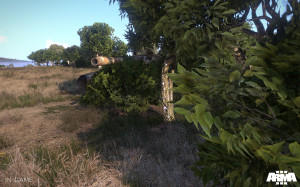