Bohemia must feel really great with ArmA 3’s success. Despite the fact that the game is still in alpha stage, ArmA 3’s users are already more than those of all previous ArmA games combined. This further shows that there is a market for hardcore sim titles. That, or most of those guys purchased this new ArmA game in order to be ready for a possible DayZ mod. Either way, we are sure that Bohemia enjoys ArmA 3’s early success, so it will be interesting to see whether the final game will meet commercial success or not. Special thanks to Guru3D’s reader ‘Chillin’ for spotting it. You can view a Steamgraph with all ArmA games below, and make sure to read our Performance Overview. 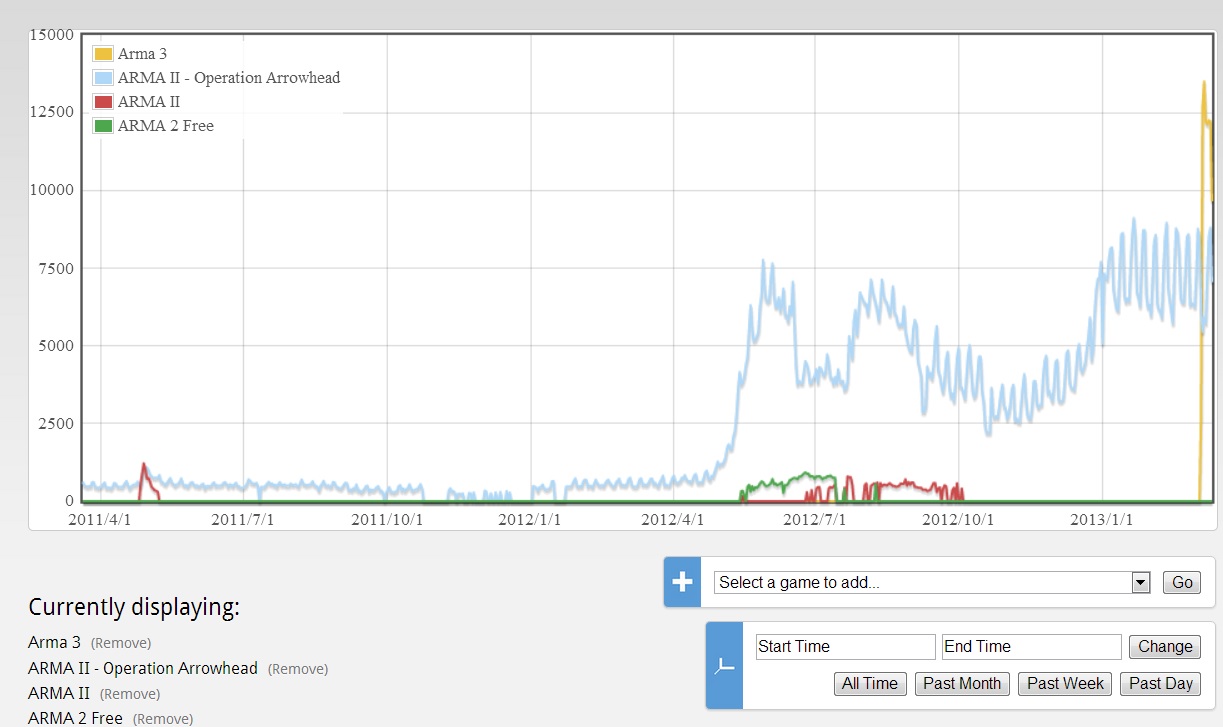