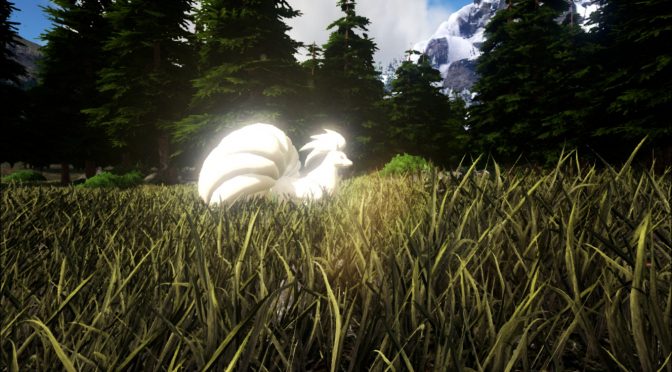 We all want an open-world Pokemon game. We know that. You know that. Nintendo knows that. And today we are happy to report that Steam member ‘Mystic Academy’ has released a mod for Ark: Survival Evolved that replaces all dinosaurs with pokemon.

This mod is called Pokemon Evolved and the good news is that it is available for download, right now. The bad news is that a DMCA notice of copyright infringement has been filed on it. As such, we strongly suggest downloading the mod while you still can.

From the looks of it, all the assets that are featured in Pokemon Evolved are taken from Pokemon X and Y. However, it appears that it was not Nintendo the one who issued the DMCA notice.

As Mystic Academy told PCGamer,  this DMCA notice has been submitted by another modder (or a supporter of that modder) who is also developing a Pokemon mod for Ark: Survival Evolved.