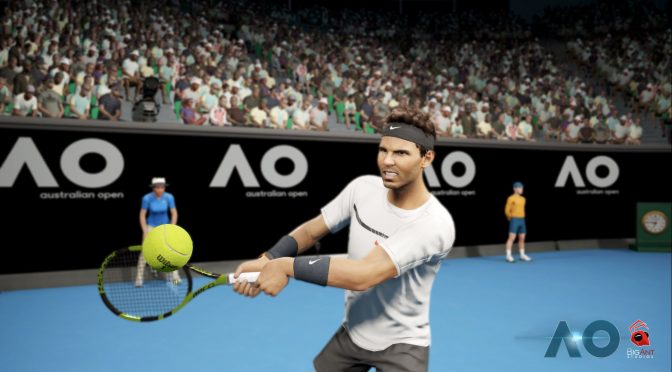 Big Ant Studios has announced that AO Tennis will be coming to the PC in 2018. Although there isn’t any specific date for the PC version, the team claimed that the game will release on our platform in the first half of the year.

There will be a PC release in the first half of the year. Exact date TBD.

AO Tennis is described as the most advanced tennis game ever produced. The game promises to combine fully licensed, photo realistic players with a decade’s worth of historical shot data that enhances their AI so that they play just like their real-life counterparts, right down to shot selection at any given point of time in a match.

AO Tennis will feature comprehensive career, tournament and online play modes, and promises to set a new standard for what a tennis game can offer fans.

Below you can find its announcement trailer and, to be honest, I wasn’t really impressed by it. Here is hoping that the final game will be better than it!